DANIEL KINAHAN – who helped broker the monster Tyson Fury vs Anthony Joshua fight – has stepped away from boxing immediately amid links to the criminal underworld, according to reports.

Despite the Dubai-based businessman having no criminal record, there were allegations in the high court he ran a multi-million-pound drug empire.

Now, The Athletic have claimed Kinahan – the founder of MTK Global – has stepped away from boxing.

MTK Global president Bob Yalen revealed the news in an interview with The Athletic.

Yalen said: “Daniel’s going to be taking time away from the sport to focus on other interests.

“Hopefully this will put a stop to the negative press from Ireland that’s based entirely on hearsay,

“No court has ever found this man guilty of anything. The man has never been charged or convicted of a crime.

“The only basis for these allegations is the hearsay testimony of biased parties.

“And it’s unfortunate for his fighters that he’s taking this step back.

“But I respect his personal decision. He wants to do what’s right for the sport, he loves the fighters.

“But MTK will continue to secure the best, most lucrative deal for its fighters and ensure the biggest fights in the sports are made.

“We have lots of exciting news coming soon.”

Kinahan has advised around 150 fighters in the MTK stable including Carl Frampton and Hughie Fury.

He even helped Tyson Fury secure his February rematch win over Deontay Wilder, which racked up close to 1million pay-per-views in the US alone.

But as Kinahan’s stock in the boxing world grew, more and more questions about his links to crime were asked.

Fury’s camp had defended Kinahan’s role even though he is banned from entering the US.

Richmond said: “Daniel Kinahan cannot continue to use boxing as a tool to rehabilitate his image and whitewash his very sinister criminal pasts as per the ruling of our special criminal court.

“We also need to see clarity from MTK of what exact role Daniel Kinahan has with them.

“It’s time other boxers like Billy Joe Saunders dropped Daniel Kinahan and distanced themselves from him.”

Even more recently, Joshua’s promoter Eddie Hearn claimed he had no problem with the controversial figure.

“He was the guy put in charge of that process so that’s what we did.” 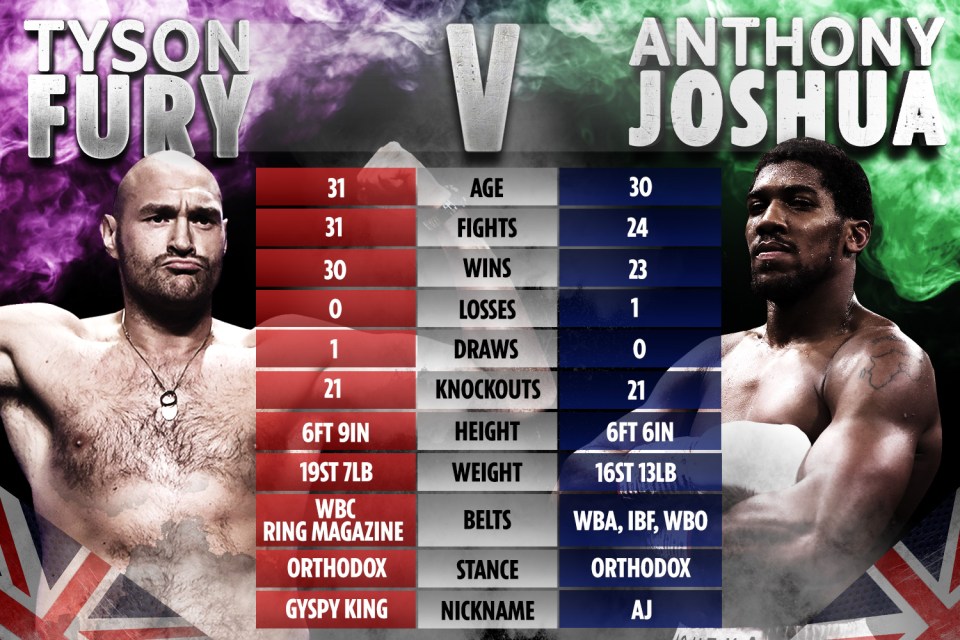 MOST READ IN BOXING

‘GOING TO SHOOT ME!’

But after Kinahan took a step back, Fury’s US promoter Bob Arum took over the reins.

Looking ahead to the 2021 fight, Hearn continued: “Now they have made it very clear Bob Arum is the man in charge of Tyson Fury and we will negotiate exclusively with Bob Arum now.

“I’ve had my ups and downs with Bob, I don’t really care, we just have to make the fight.

“Whoever is put in front of me to negotiate with to get this over the line, I will make sure we get it done.”

MANNY PACQUIAO has been backed by one of his...
Read more
Boxing

JOSH WARRINGTON has been asked by a fan on...
Read more