FORMER Jeffrey Epstein girlfriend Ghislaine Maxwell has been arrested over accusations that she helped the late pedophile financier find young girls to abuse.

Here are five of the most damning allegations she faces. 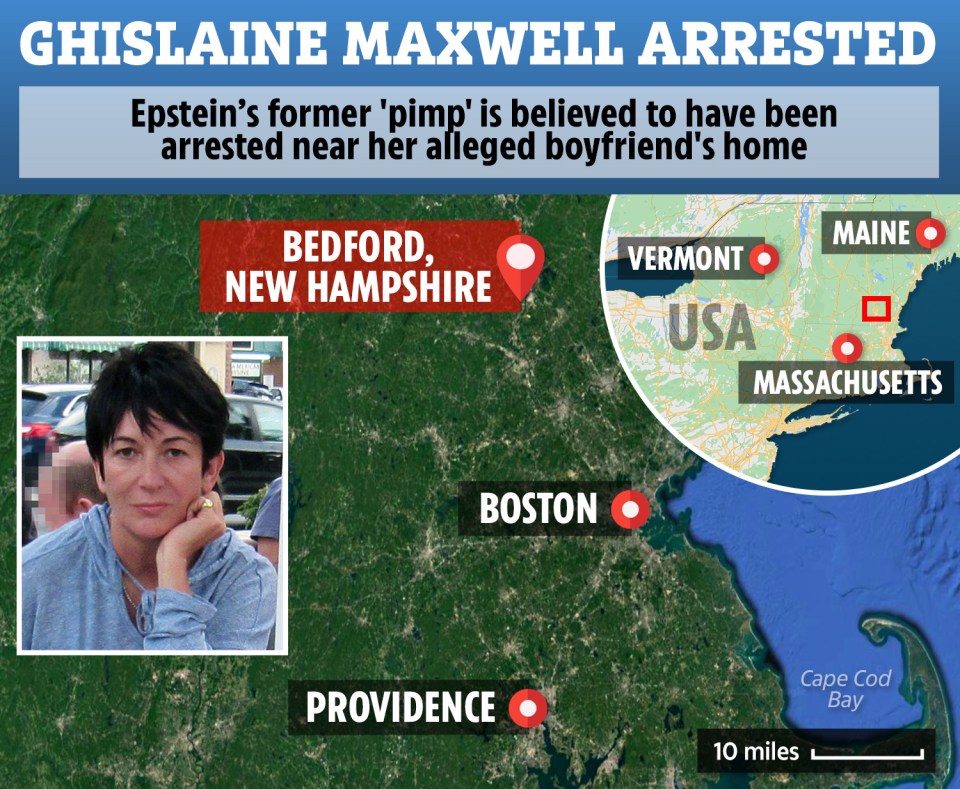 Maxwell was arrested on Thursday morning and is expected to appear in a federal court later today, NBC New York reports.

The allegations against her are laid out in an indictment drawn up by FBI investigators, and include a litany of ways in which she was party to Epstein’s abuse of a period of years.

Maxwell has previously denied all wrongdoing.

The indictment states that Maxwell would identify and befriend minors that Epstein would later abuse.

It says she would build a rapport with them by taking them to the movies and on shopping trips.

It also says she would try to build trust with them by asking them about their school work, family, and personal lives.

Multiple victims have in the past recounted meeting Epstein after being approached by Maxwell or introduced to her by somebody else.

The indictment states that Maxwell would help Epstein initiate his abuse through inappropriate behaviour of her own.

It alleges she would begin by giving victims unsolicited massages or undressing in front of them.

The charges against Maxwell are:

Investigators say this would help normalise inappropriate behaviour, and that Epstein would later undress in front of the victims himself and ultimately abuse them.

It describes a similar pattern in the case of three victims, one of whom was around 14 at the time.

‘Present during abuse to put victims at ease’

The indictment says Maxwell would also be present for and participate in abuse.

It says the involvement of an adult female was intended in part to put victims at their ease.

Multiple victims have alleged that Maxwell was present when their abuse began.

The abuse is alleged to have taken place at Epstein’s properties in New York, Florida, and New Mexico.

Maxwell is alleged to have been instrumental in encouraging victims to accept help from Epstein as part of the grooming process.

The indictment said she offered victims the opportunity to travel around the US and internationally, knowing that they would be abused during the trip.

A number of Epstein victims have also recounted being brought into contact with him through offers that he would pay for their education.

‘Encouraged victims to engage in sexual activity and took part herself’

Maxwell is also alleged to have encouraged victims to engage in sexual activity with Epstein.

The indictment says she encouraged one victim identified only as Minor Victim-3, to give him a massage.

MOST READ IN US NEWS


‘Karen’ pulls gun on Black mom & daughter after ‘bumping into them’


Girl, 3, ‘shot in chest in Chicago drive-by shooting’ while playing in yard

She is also alleged to have taken part in abuse herself.

The indictment says that Maxwell participate in “group sexualised massages” of Epstein with minors.