BET you didn’t know that Fiat’s Panda has absolutely nothing to do with the lovable black and white bear.

It is actually named rather grandly after Empanada – the Roman Goddess of charity and hospitality.

And now with the arrival of the first hybrid Panda offering lower running costs and emissions, the diddy motor’s charity and hospitality rating is at an all-time high.

So high, in fact, that the £13k runabout is also the cheapest five-door hybrid in Britain.

But is it any good? Actually, yes. Although the hybrid twist is as mild as a cold korma, the fact it is now in one of the most cost-efficient cars on the road is a win-win.

In its funky, chunky and base City Cross trim, the jacked-up and generously plastic-cladded little squirt packs genuine visual charm.

And inside, the admittedly cheap and scratchy plastics are treated with inspiration, from the embossed wordsearch on the door trim, to the rippled stereo speakers and the bright colourways that frame the largest of storage bins slap-bang in the dashboard.

There’s even a super-useful smartphone mount on the top of the dash (right next to the all-important USB port) to keep your cable clutter under control.

And this is important because you will definitely need your phone in this Panda as the infotainment system is a retro LCD affair.

The doors and boot may still slam with a jarring, tinny crash but the three-cylinder engine sounds enthusiastically throaty and, initially, pretty peppy, albeit under a bit of rev thrashing.

This fun does expire, however, as the short manual gear ratios teamed with the compromised non-turbocharged powertrain mean longer or more spirited runs are not the preserve of this urban-focused Panda.

The Panda’s previous 1.2-litre petrol engine has been ditched for this hybrid version in favour of a smaller 1-litre which is now paired to a 11Ah battery and a 12-volt starter generator.

Most read in Motors


Lake where Naya Rivera is ‘presumed dead’ notorious for drownings


Missing girl, 10, found dead after leaving note saying ‘I can’t do it. Bye’


Glee star’s son, 4, told cops she ‘jumped into lake and didn’t come back up’

But accessing the benefits of this system is largely down to the mindfulness of the driver as the electric assistance only kicks in while coasting in neutral below 20mph and to aid the start/stop procedure.

It’s exactly the same set-up that Fiat has just rolled out for the more traditionally attractive 500 Hybrid.

But the benefits of the Panda over the 500 are many fold – much more practical and spacious, rides better and, spec-for-spec at least, cheaper. Charity and hospitality indeed.

The Fiat Panda’s first step into a brave new electrically assisted future has been taken – and it is still cheap as chips. 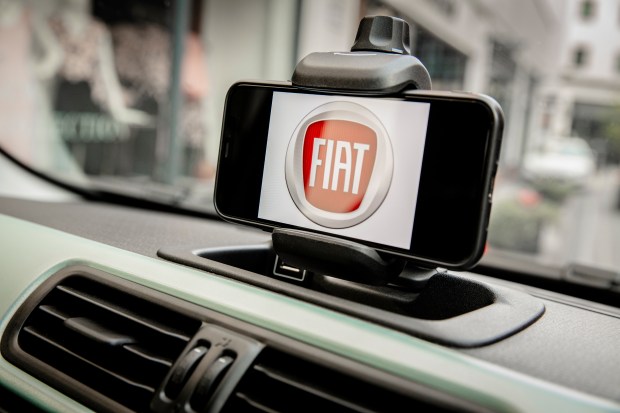 Share
Facebook
Twitter
Pinterest
WhatsApp
Previous articleCancer patients’ lives at risk as delays for treatment are ‘the worst on record’ due to coronavirus
Next articleAngry ‘Karen’ refuses to wear mask in dental surgery because ‘you’re working on my teeth, not my nose’