DAVID DE GEA is walking a tightrope at Manchester United.

The club’s highest paid player – who signed a new £375,000-a-week deal last September – has made a series of shocking blunders. 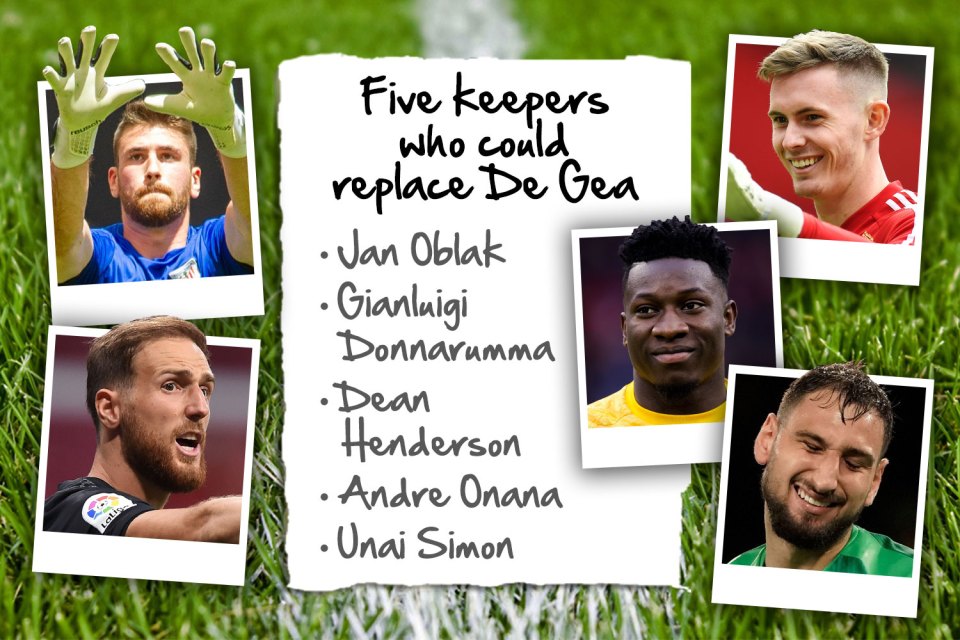 Chelsea were the latest to benefit from this butter fingers, with Mason Mount and Olivier Giroud finding the goal in the Blues’ 3-1 FA Cup semi-final win.

Former Old Trafford boss Jose Mourinho was one of those to question giving the Spaniard a new contract.

And, based on current evidence, you would say he has been proven right.

With his future up in the air – despite the backing of Ole Gunnar Solskjaer – here are five keepers who could replace De Gea.

No doubt on this one.

The United loanee has been mightily impressive for Sheffield United and Solskjaer has told him he will be the club’s No 1 – but in the future.

They say there is no time like the present, though, so another De Gea mistake could see Henderson fast-tracked before the start of next season.

Henderson has been told he will replace De Gea but will his chance come quicker than expected?[/caption]

Chelsea seem hellbent on securing the services of the man regarded by many as the best keeper in the business.

And, really, it comes as no surprise.

The 27-year-old has a wealth of experience and in 38 LaLiga appearances this season kept a clean sheet in 17 games while conceding just 27 goals.

The 21-year-old sensation is set to open talks on a new deal at Milan – but United could possibly swoop in for the right price.

Boss Stefano Pioli says he has the potential to become the best goalie in the world.

Donnarumma has 12 clean sheets in 32 Serie A games this season and, even at such a young age, is nearing 200 games for his current side.

Onana is another Chelsea target that Solskjaer will have to steal a march on.

The 24-year-old is rated at around £26m but the Stamford bridge outfit would happily pay that cost if it means replacing error-prone record-signing Kepa Arrizabalaga.

Cameroon No1 Onana might be slightly less coveted than the rest though, with just eight clean sheets in 24 Eredivisie appearances last season.

No keeper’s worth has rocketed as much as the Bilbao man’s.

And even so he would be a relative snip given his current valuation of around £14.4m, according to transfermarkt.co.uk.

He is viewed by many as the league’s third best shot-stopper behind Oblak and Real Madrid’s Thibaut Courtois.