CESAR AZPILICUETA reckons switching off his phone and focusing on family helped turn his season around.

The Chelsea skipper, who suffered an injury that forced him off the pitch during his side’s FA Cup final loss to Arsenal, admits he wasn’t playing at the high standards he sets for himself.

Last August the club, who appointed Frank Lampard as their coach that summer, endured a 4-0 thumping at Manchester United,

Later that year they went on to lose league fixtures to Man City, West Ham, Everton and Bournemouth in November and December.

The Blues were also stunned by shocking online racist abuse aimed at Tammy Abraham for a penalty miss during a Uefa Super Cup shootout against Liverpool.

And last month an error-strewn performance against Sheffield United by the usually reliable Stamford Bridge led him to turn off his mobile for four days to devote more time to his family.

Azpilicueta told the Daily Mail: ‘I was not playing at my best.

”Personally, there was one moment. After the Sheffield United game I couldn’t see myself at my level and I felt really down.

“I tried to speak honestly in the dressing room. I don’t have a problem holding my hands up.

“There are times in life when you have to be humble and accept it.

“That’s the way I felt at the time. It was the international break and I went and spoke to my wife.

“I switched off the phone for four days and enjoyed the time with my family.

“From that moment, I felt the pressure release.

“Sometimes you have to take it in the face and stand up again and fight for what you want.

“I wanted to be successful. To help my team. To help the club. I was not doing that and not because I didn’t want to.

“My first months nearly every time on the bench. I didn’t play a lot but I didn’t think to quit.

“Sometimes in life that happens.

“I spoke and it was a turning point for me, personally, and, as a team, we improved a lot from that moment.”

Azpilicueta has been a regular face in Chelsea’s back four since joining the club from Marseille in a £7million deal in 2012.

The Spain international went on to replace Ashley Cole as the Blues’ first-choice left-back slot after starting out on the club’s academy pitch.

And the 30-year-old’s first competitive goal for Chelsea in their 2-0 victory over Arsenal in a League Cup fourth round game helped to cement his spot under former boss Jose Mourinho.

Azpilicueta added: “My first game in a Chelsea shirt was for the Under-23s on an academy pitch. I remember it well.

“My first months nearly every time on the bench. I didn’t play a lot but I didn’t think to quit.

“This was a massive opportunity for me and from the bench, I thought I could start to learn and understand the English game.

“Ivanovic was in my position. Branna was an amazing player, great passion and desire and I watched how he would counter-attack on the set-plays.

“So, in the League Cup against Arsenal, in my second year, I tried my luck and that’s how I came by my first Chelsea goal.

“When Mourinho trusted me to play left back it cannot have been easy for Ashley.

Football changes and this is a time for change

“He had been there for such a long time and won absolutely everything with over 100 caps for England and I was on the left and I was not even a left back.

“He never said a bad word to me or showed me a bad face. Completely the opposite.

“He was a top guy, he gave everything. To see this behaviour from the best left back in history is a very good memory.

“I learned a lot from him.” 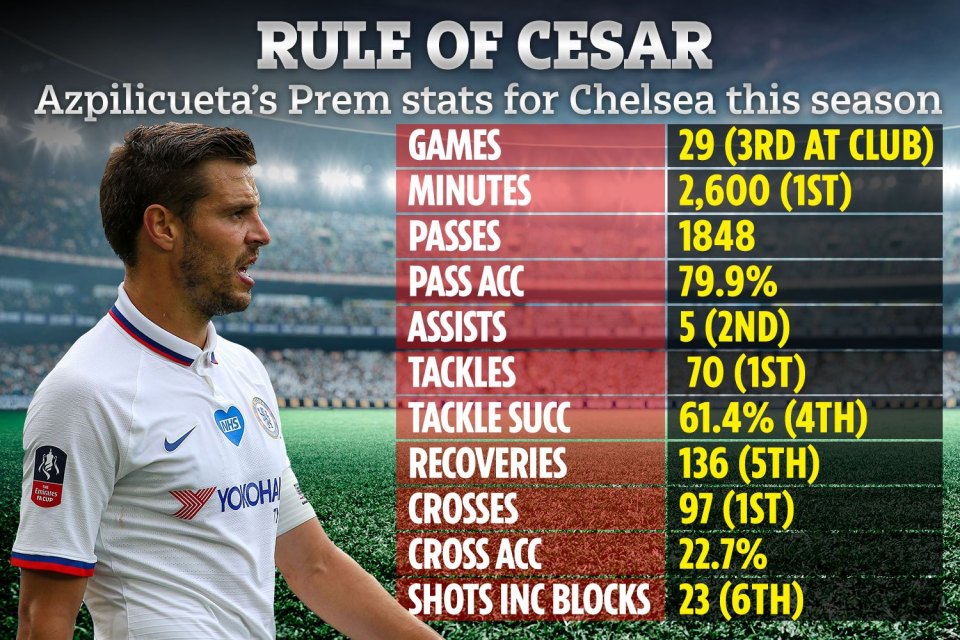 And the Blues stalwart says he feels a responsibility to instil the values he learned from club legends such as John Terry and Cole in the teams emerging young stars.

Players who include Mason Mount, Callum Hudson-Odoi and Billy Gilmour.

The Spain fullback added: “I have played with the past generation who won all those trophies. Football changes and this is a time for change.

“They have done the first steps. They went through the academy and the process of going on loan.

“They trained hard and did well but it is different to going into the first team, to have an impact and be consistent.

“Our future is bright. They won trophies with the academy. Most of them won the FA Youth Cup.

“Now we will see if they can replicate these trophies with the first team.”