MEGHAN Markle and Prince Harry have splashed out on an £11m mansion in Santa Barbara – and it looks like the ideal spot to raise little Archie.

The 15-month royal tot will have access to elite private schools and a string of A-list pals to be friends with in the star-studded area.

A mansion fit for a young prince

The mansion was initially priced at £20.6m but was bought by the royal couple for a £11.1m[/caption]

The plush pad has a swimming pool, spa and sauna[/caption]

The Sussexes are believed to have taken out a massive £7.25m mortgage on their lavish nine bedroom, 16 bathroom estate – which they are calling their “sanctuary”.

The couple reportedly moved into the luxurious £11.1 million mansion which boasts a pool, tennis court, cinema and arcade in Montecito, California, back in July.

And it looks perfect for Archie, as it comes with five acres of land and it also has its own kids playground. 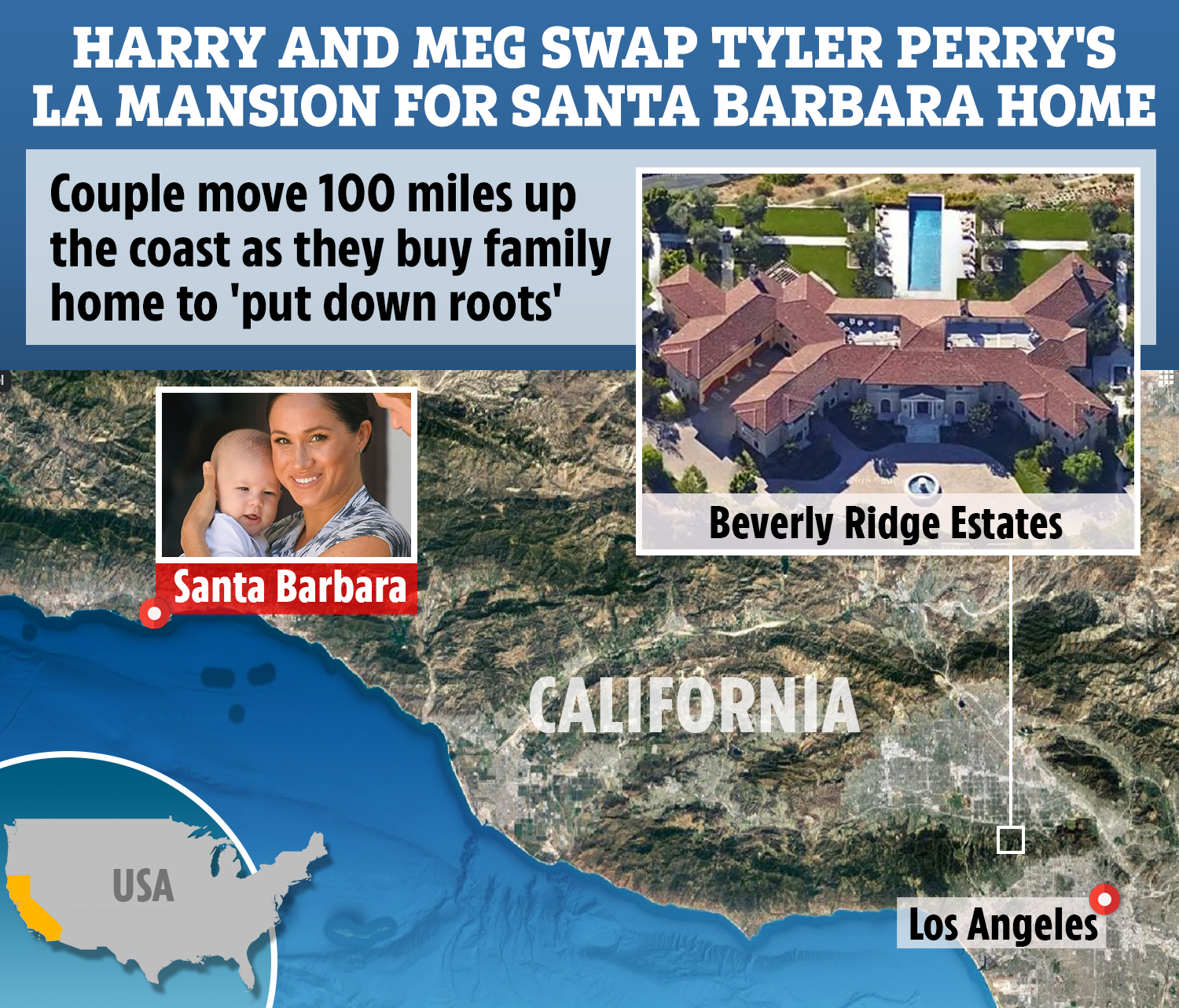 A source close to Meghan and Harry says: “They realised they needed a big home with a lot of space for Archie because they can rarely leave the house due to their fame, they are still quite nervous about going out and about.

“They have been worried about Archie as he’s been inside so much during lockdown and not interacting with other children, but everyone has reassured them that they’re doing a great job.

“Meghan wanted somewhere with a spectacular garden and the house has a giant pool and pond for them to enjoy. They say this new house is their ‘sanctuary’.”

When Archie reaches the age to start school, Meghan and Harry will have a number of prestigious options to choose from.

One of the top establishments in Montecito is Laguna Blanca, which is a private co-ed day school that says it “celebrates the worth of the individual”.

Alternatively, they could opt for the exclusive Crane Country School – also £20,000 a year – which has the mantra that “rigor and joy go hand-in-hand.”

Mila Kunis and Ashton Kutcher live nearby and have daughter Wyatt, five, and son Dimitri, three[/caption]

Archie will have lots of celebrity children to befriend in the local area.

Natalie Portman’s children, Aleph and Amalia, are nine and three, and the nearby Mila Kunis and Ashton Kutcher have daughter Wyatt, five, and son Dimitri, three.

Polo club for when he’s older

When Archie is older, he could follow in his dad’s footsteps and play polo. Pictured is the nearby Santa Barbara Polo & Racquet Club[/caption]

Prince William, Duke of Cambridge was seen playing in the Audi Polo Challenge at Santa Barbara Polo Club in 2012[/caption]

Prince Harry is a huge fan of polo so could be keen to get his son into the sport too when he grows up.

Both father and son could play at the Santa Barbara Polo & Racquet Club in coming years.

In fact, Prince William has been to the club before, and visited in 2011 for a charity event during a tour of California, and played again in 2012.

Ever since Archie was born in May 2019, Meghan’s mum Doria Ragland has been a hands-on grandma.

It has been reported she stayed with the couple during lockdown at Tyler Perry’s £15million mansion in LA to help out with her grandson.

Doria lives in View Park–Windsor Hills, California, in a house she inherited from her father in 2011, and this is just over an hour and a half’s drive if she wants to visit.

Meghan and Harry’s new mansion comes with a two-bedroom guest house, which would be perfect for Doria to stay at.

Beaches to play on

Given its spot on the sun-soaked Californian coast, Montecito looks perfect for days spent outdoors on the beach.

There are a number of impressive sandy shores to explore, and locals love surfing and swimming to unwind.

Some of the beaches, like Arroyo Burro Beach County Park, are even dog-friendly, so the couple’s pooches Guy and Pula can take part in the fun.

Most read in Fabulous


How do I find my zodiac sign, what does it mean and how does the zodiac work?

We shared inside Meghan and Harry’s new swanky mansion, which they bought for £11m.

THERE are countless corners in our home which could...
Read more