CORONAVIRUS infections have seen a rise in Halifax in Yorkshire – with some areas now reportedly recording higher rates of infection than hard-hit Leicester.

It comes despite lockdown restrictions being reimposed in the town and across the North West of England in a bid to curb the spread of the bug.

Certain areas of the region, highlighted in blue, has seen a higher rate of infections than Leicester [/caption]

Yorkshire’s Public Director of Health, Debs Harkins, claims that certain areas of the borough of Calderdale now have a higher case rate than Leicester[/caption]

Yorkshire’s Public Director of Health, Debs Harkins, claims that certain areas of the borough of Calderdale now have a higher case rate than parts of Leicester, which became the first region in England to be placed under a local lockdown following a spike in cases.

In the same period in Blackburn With Darwen, the areas with the highest number of cases were Lammack & Revidge and Audley with 17 new infections.

As a result of the rise in cases, Halifax – along with other parts of Yorkshire- is currently subject to government restrictions which ban members of two different households from mixing.

In a statement given to Yorkshire Live, Ms Harkins said she “cannot stress how serious the situation is” for the borough.

She said: “Being the voice of doom doesn’t come naturally to me.

“But I’m sorry to say that I’m writing this today to stress how serious the situation in Calderdale is, and to ask for your help to tackle Covid-19.”

She added: “When we look at the trends in confirmed cases in Calderdale, it’s clear that too many restrictions were lifted too quickly.

“In parts of Halifax particularly the infection rates are amongst the very highest in the country.

“The situation can change rapidly and, at the time I’m writing this, there are no areas in Leicester, Blackburn with Darwen or Luton where the infection rates are higher than those we can see in some parts of Halifax.

“There’s no evidence at all that these higher rates are because people in Calderdale are less likely to observe social distancing than people in other areas of the country; in fact, the opposite is true.”

But Ms Harkins also reiterated that – during the lockdown- the borough had some of the lowest infection rates in the country and that data indicated that the new spike in cases could be linked to people working in essential roles. 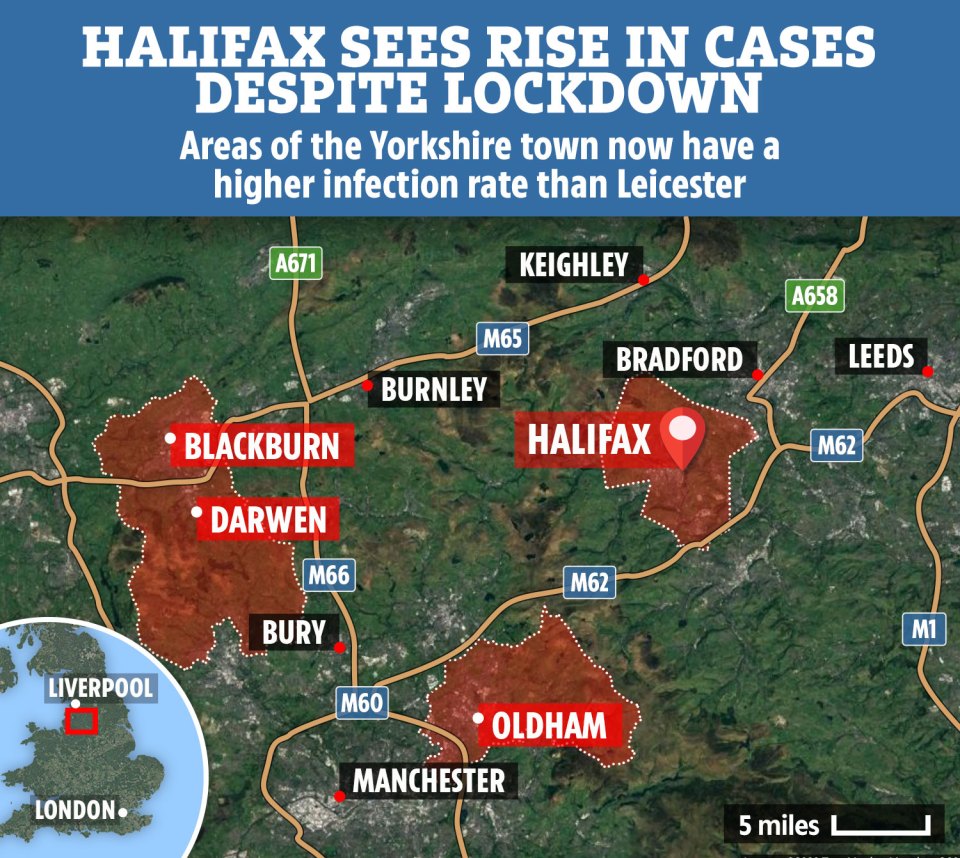 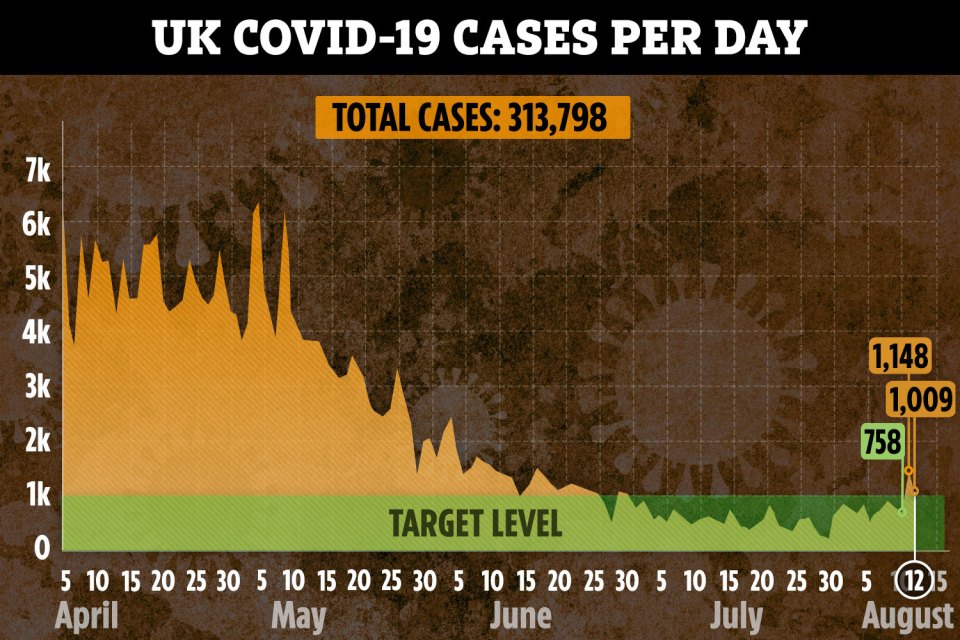 It comes as the council is set to launch its own contact tracing service today, amidst sustained criticism of the government’s national programme.

Under Calderdale’s new test and trace service, contacts from people who have tested positive for the virus, who have not been reached by the national service within 48 hours, will be passed to the public health team, the council said.

This team will then try to contact them, by text, phone or door-knocking, to give them advice and support to self-isolate.

Calderdale is one of three areas of West Yorkshire placed under stricter lockdown measures a fortnight ago, along with a number of local authorities in the North West region.

Elsewhere in the North West, Oldham is also at risk of a full lockdown after becoming the “worst-hit” area in England.

Oldham recorded 145 new Covid-19 infections in the seven days to August 9 – which is equivalent to 61 cases per 100,000 people, the Mirror reports.

It’s higher than previous hot spots Leicester, which went back into lockdown last month, and Blackburn with Darwen – where tough measures were also reintroduced.

Yesterday, The Sun revealed that 10 places on the UK’s coronavirus watch list, according to data from the COVID Symptom Tracker app.

Areas in Essex and Scotland have crept onto the list this week with the remaining hotspot regions being dominated by towns and cities in the North of England.

Experts identified six new hotspots but said any rise in cases in these areas is not a sign of a second wave of Covid-19 hitting the country.

Prof Tim Spector, who leads the app team at Kings College London, said the data was a “further confirmation that we aren’t at the beginning of a second wave and rather, still trying to end the first”.

‘I COULDN’T SAVE HER’


Jealous man ‘killed mothers of his kids, including one who was pregnant’

The areas of Lancashire that are currently in a local lockdown include Blackburn with Darwen, Burnley, Hyndburn, Pendle, Preston and Rossendale. 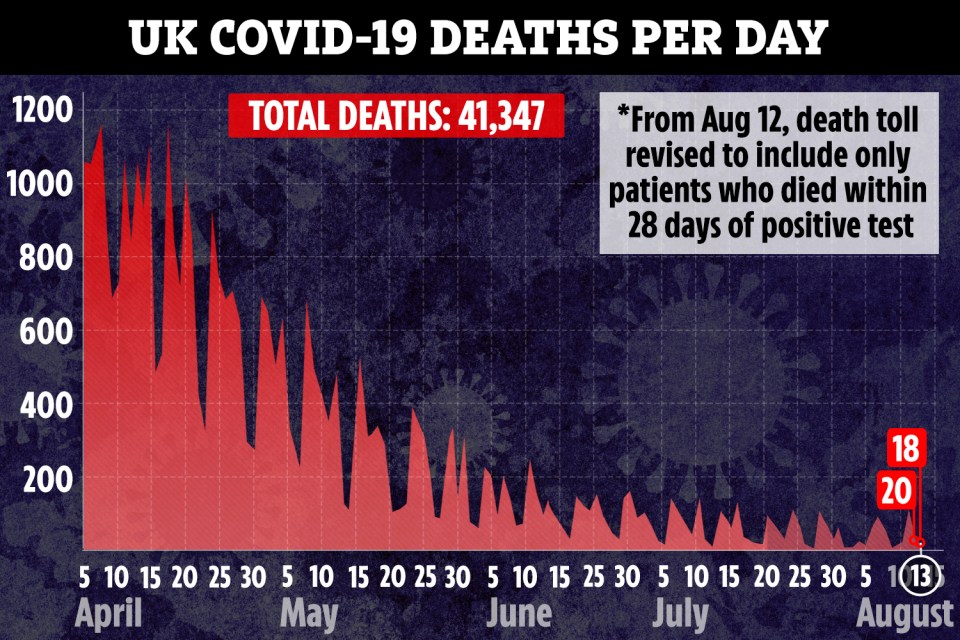