Who did Chadwick Boseman, 43, play in Black Panther?

The movie was released in 2018 and smashed box office records, becoming the highest-grossing solo superhero film.

Boseman tragically passed away after losing a four-year battle with colon cancer.

Who did Chadwick Boseman play in Black Panther?

The talented actor was known for a number of roles – but he most notably starred in the Disney action-hero flick Black Panther.

The 43-year-old played King T’Challa in the film and reprised the role in spinoffs Captain America: Civil War and Avengers: Infinity War.

Black Panther was a blockbuster hit[/caption]

Black Panther’s sequel has reportedly already been filmed and is expected to be released in 2022.

How did Chadwick die?

Boseman’s family confirmed the beloved movie star’s tragic passing on Twitter and revealed he had first been diagnosed with stage 3 colon cancer in 2016.

The disease escalated to stage 4 over the last four years, his family said.

“A true fighter, Chadwick persevered through it all, and brought you many of the films you have come to love so much.

Boseman died at home surrounded by family and friends[/caption]

“From Marshall to Da 5 Bloods, August Wildson’s Ma Rainey’s Black Bottom and several more, all were filmed during and between countless surgeries and chemotherapy,” the statement said of the star’s private health struggle.

It continued: “It was the honor of his career to bring King T’Challa to life in Black Panther.

What is Black Panther about? 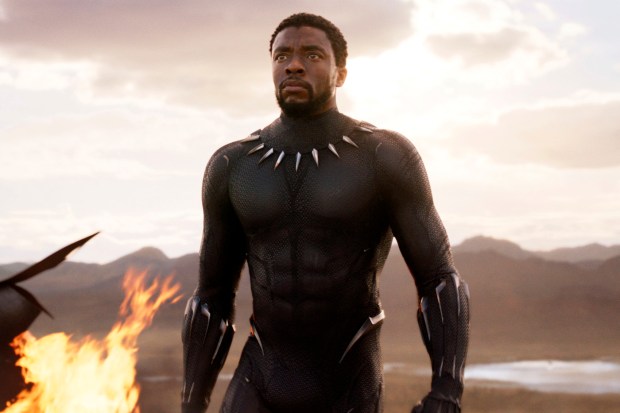 Seeking to address the dearth of Black characters in comics, Lee and Kirby created T’Challa, a member of the royal family of the fictional African country of Wakanda

After the death of his father at the hands of the villainous Ulysses Klaw, T’Challa claimed the throne as well as the mantle of the Black Panther

Upon becoming the Black Panther, T’Challa was exposed to a mystical herb that enhanced his strength and agility to near-superhuman levels

T’Challa decided his powers would be put to best use in the service of all humanity, although Wakanda traditionally had been closed to the outside world, and so he flew off to New York, leaving his people behind.

“He died in his home, with his wife and family by his side.”

Prior to his death, Chadwick had not publicly spoken about his illness.

What year did Black Panther come out?

Black Panther came out in 2018, two years after Boseman had been diagnosed with cancer.

Who was in the Black Panther cast?

What other movies has he been in?

Boseman was renowned for his performance of baseball legend Jackie Robinson in the 2013 film 42 opposite Harrison Ford.

He also demonstrated his vocal talents as James Brown in 2014’s biopic Get on Up.

Who is Chadwick Boseman’s wife?

Taylor is a singer who graduated with a degree in Music Industry Studies from California State Polytechnic University Pomona in 2014.

Most read in Celebrity

She was the lead singer of the school’s jazz band at university.

The couple maintained a private relationship since they were rumored to have been engaged back in October 2019.

The pair are believed to have said their vows in a private ceremony before the actor’s cancer advanced.

WHAT PROMPTED THE GUNFIRE?Police do not have a...
Read more
Uncategorized

FORMER Dancing on Ice winners may be brought back...
Read more
Uncategorized

A DISABLED woman was refused service at a McDonald’s...
Read more
Uncategorized

PEOPLE living in a tiny waterside community where they...
Read more