WE’RE all set for another football extravaganza as the Premier League returns this weekend.

Every top-flight game in September is being broadcast live on TV here in the UK and if you’re tempted to put on a new season acca, we’ve got selections for you from three opening weekend matches.

Another season, another new dawn for Arsenal supporters.

Mikel Arteta’s side have given the fanbase something to smile about with the FA Cup and Community Shield triumphs, but can they turn on the style consistently when it really matters? We have doubts.

The Gunners big failure in the Premier league last season was failing to fire on the road, winning just FOUR of 19 away games.

Of the seven matches they played away from the Emirates after the lockdown, they lost at Brighton, Aston Villa, Man City and Spurs – and none of them were pretty.

Craven Cottage is a happy hunting ground for the North Londoners though and they’ve scored nine in their last three visits, winning on each occasion.

Are we backing them with our hard-earned on the first day of a new season against a promoted side? No chance.

Until the Gunners start to show that they can produce the goods on a weekly basis, don’t go risking your cash on them in the win markets – especially at a measly 4/7. 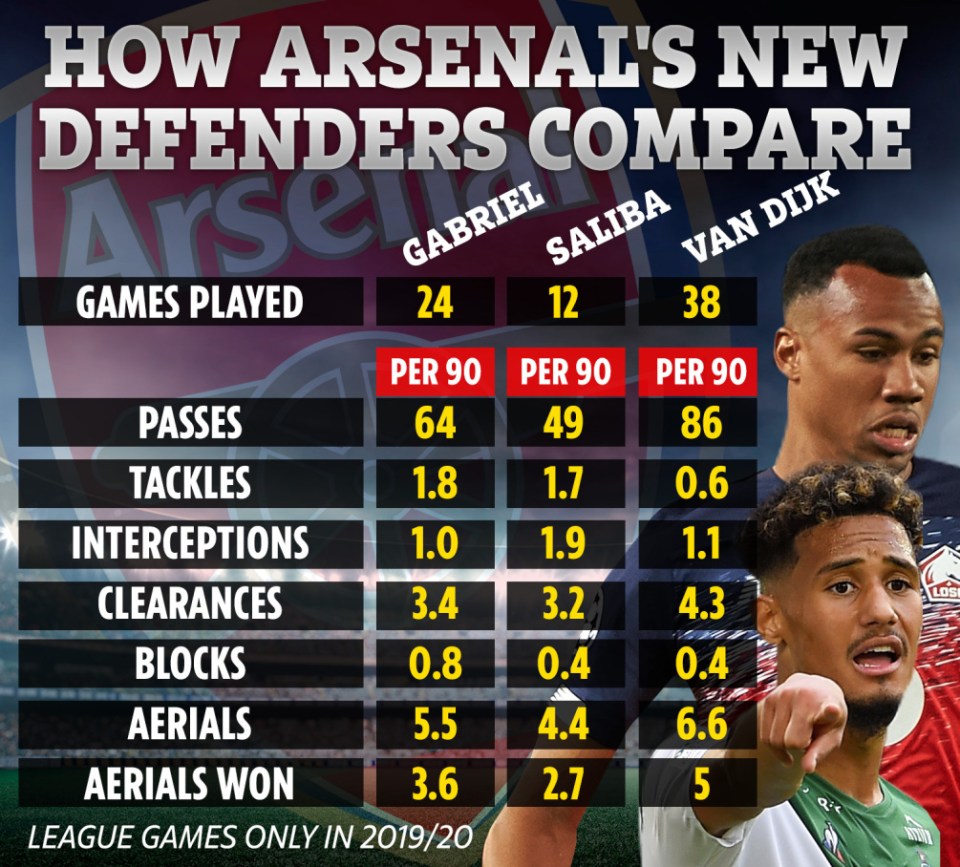 Fulham’s strong home record was a big part of their promotion last term and they netted an impressive 40 times in 23 games.

And their sensible transfer market approach over the summer suggest they’ve learnt their lesson after splashing the cash in 2018, only to finish second bottom.

Scott Parker’s style isn’t as expressive and wide open as his predecessors, with the gung-ho tactics of two seasons ago firmly stashed away.

But they retained a core of players who wanted to work hard for the club, and did what many clubs fail to which is bounce back at the first attempt.

Expect them to bag again on opening day, with both teams to score an attractive 3/4.

Arsenal’s best signing this summer would be keeping Pierre-Emerick Aubameyang at the Emirates.

The Gabon striker is a class act and we’re backing him to continue his scoring streak at 7/10 after netting in the Community Shield.

He started last season like a train – eight in eight games – and we’re happy to recommend you get on him at 5/1 for the Golden Boot, before it shortens.

It’s sweet sixteen for Leeds fans as they look forward to their first top-flight league game since 2004.

Just a shame they’ve drawn the short straw and have to face Jurgen Klopp’s champions at fortress Anfield.

No matter though for Marcelo Bielsa and his fearless side, who will likely revel in the task just as Norwich did 12 months ago when starting their campaign with a positive, attacking showing on Merseyside.

Okay, that didn’t end too well for the men from Norfolk who will be facing Huddersfield on Saturday, rather than the league champions.

But Leeds under Bielsa will not rock up and lie down – and they will attack.

Premier League fans had a good view of their workrate in the 1-0 defeat to Arsenal on FA Cup third round day, where the Whites mustered more possession than the hosts and created 18 chances.

Creating has never been their problem, it’s putting the ball in the net which will decide if Leeds have a successful return to the Prem or end up in the same position as the Canaries – bright, energetic but lacking in bite.

Rodrigo is the big hope for the men from West Yorkshire and his stock couldn’t be higher after starting upfront for Spain in their recent Nations League clash against Germany.

He should have scored in that match and will be handed a hatful of chances in this side, who like to pile men into the box and ping balls in from the flanks.

If nothing else, Leeds will not be dull to watch this season.

And their chances for points on Saturday? Well, the bookies aren’t writing them off completely at 10/1 and we’re sure plenty of cash will be going on that from their fanatic fanbase.

For the rest of us though, there’s money to be made in games featuring Bielsaball –  back goals. And lots of them.

There are big question marks over their defensive line after failing to land former loan star Ben White from Brighton, while their clean sheet potential won’t be as high in the top division if they’re unable to hog the ball as much as they’d like.

We might not be backing them to win on Saturday, but we reckon this Leeds side score – and back over 3.5 goals in what could be a very entertaining spectacle at Anfield.

It would be very Bielsa to leave out Rodrigo and start Patrick Bamford after all the hype, but if the Spaniard plays, he’s well worth a flutter on a debut goal at a whopping 7/2.

If you’re a fan of a big-price antepost, have a nibble on Bielsa to work some magic and go one further than Sheffield United managed last season by reaching the top six – it’s a massive 10/1.

Should they get off to a fast start, that price won’t last for long.

The future looks Bright for both the Seagulls and Blues ahead of the new campaign.

Frank Lampard’s side has undergone a transformation in just a number of weeks, with their attacking options going from decent to frightening.

Although Hakim Ziyech looks set to miss out on this one on the South Coast, Lampard can call on Timo Werner, Kai Havertz, Christian Pulisic and Mason Mount.

On paper, it’s a daunting quartet – but now the pressure is on Big Frank to deliver.

He’s had his free hit year last season and did admirably with it, securing Champions League football with an excellent run after the lockdown.

But now Abramovich has given him the tools to mount a title push and will be expecting results.

Brighton have themselves undergone a hefty turnover of players and there’s excitement amongst the fanbase that they can push forward in their third top-flight season on the spin, despite spending very little. 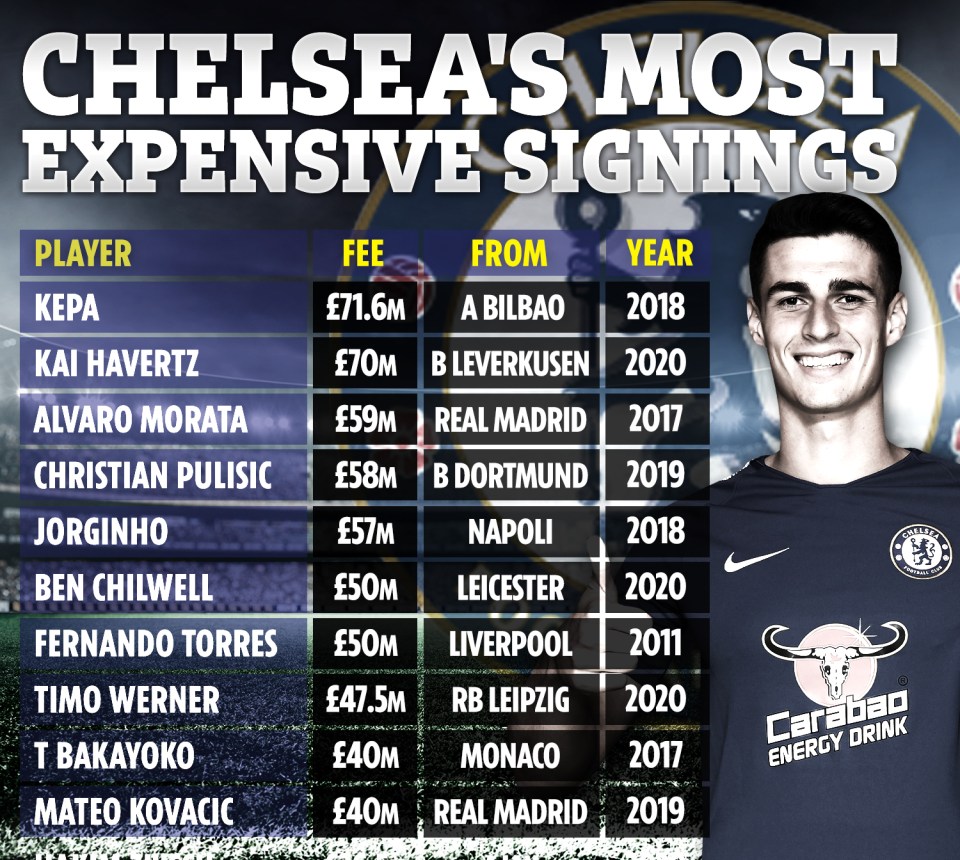 Aaron Mooy has departed for China, Ben White has returned from Leeds suddenly valued at £50m, while Lewis Dunk has committed his future to the club with a five-year deal.

Expect Graham Potter’s men to be up for this one, especially after they held Chelsea to a 1-1 draw in both a recent friendly and here at the Amex last season.

Rome wasn’t built in a day and we’re not expecting the Blues to suddenly become world-beaters despite some superb moves in the transfer market.

These things take time, although the talent Lampard now has at it’s disposal shouldn’t take long to bed in.

They’re a decent punting price of 4/6 to win the game but that’s not tempting enough for us to have a Monday night flutter.

Instead, turn your attention to the goals market.

Over 2.5 goals was a winner in 16 of Chelsea’s 19 away matches last season – that was the highest in the league, by a distance.

Away from the Bridge, they scored plenty and conceded plenty too.

Back three goals or more with confidence at an overpriced 3/4, while we really like the 7/4 you can get on over 1.5 goals in what could be a frantic first-half.

Plenty of you will be backing Timo Werner to open his account for the season at evens and we’re not going to put you off, go ahead.

But if it’s value you want, the hugely impressive Christian Pulisic is the man to be on.

He was on fire at the end of last season and looks set to shake off a hamstring injury in time to play. 9/5 to net anytime? Huge. Get on.

And for ante-post fans, Werner – who bagged 35 goals last season – is 8/1 to top the scoring charts at the end of the campaign.

*All odds from Ladbrokes and correct at time of publication.