AFRICA what parents told us about homeschooling – The Citizen
AFRICACitizenhomeschoolingparentstold

what parents told us about homeschooling – The Citizen

Parents and carers were responsible for overseeing their children’s learning during the first wave of Covid-19 restrictions in Australia. Many parents in Melbourne and some in regional Victoria will still be doing this for some of term four.

We surveyed and interviewed parents and carers of primary school-aged children in Queensland, Tasmania, Victoria and the ACT to explore their experiences of helping their children with remote schooling.

We asked parents to rate their levels of agreement with statements such as “I felt the school provided enough guidance for me to support my child while learning from home” and “I feel that my child has continued to progress in their education during the home-learning period”.

Out of the 131 responses to the survey during July and August, 22% of parents found their experience good, 34% found it poor and 44% reported mixed feelings. While 72% of parents and carers agreed schools provided enough guidance to support children while learning at home, this was not the case for 28% of people. And 68% indicated they found themselves teaching beyond provided materials.

Also Read: Charlize Theron would rather shoot an action movie over homeschooling

This suggested a number of parents were taking a proactive role in their children’s learning and exploring areas of interest beyond the scope of the work allocated, even where they found it adequate.

Individual interviews with 20 parents revealed concerns about the amount and quality of learning materials provided. Many also said their children’s needs were not supported in the learning materials and there was little opportunity for children to connect with peers.

Other researchers have found the experience of remote learning was also immensely stressful for teachers, most of whom had a very short time to convert to online teaching – but our survey only looked at the effects on parents and carers.

So much information, so little feedback

Parents and carers spoke about the pressure they felt to ensure children completed work and to return it on time. For some the workload was too much, for others too little.

One parent of a Year 5 child said:

the workload was so intense[…] he was working from 9 am until 3 or 4pm, pretty solidly throughout the day.

While another parent of a Year 3 child said:

I had one child that had literally finished all his work by midday.

At least five of the parents interviewed had multiple children and found managing the differing workloads challenging. A parent of children in Year 5 and Year 1 said often one child would finish daily tasks in an hour, while another child could not complete set tasks for the day.

Also Read: Personality fit between parent and child is key for homeschooling

At least half of the parents interviewed felt there were unrealistic expectations placed on them and lacked direction on how to help their children:

One parent of a Year 5 child told us:

“When they ask detailed questions, I would say let me just Google that for you — and that’s not very helpful[…] that’s where not being a teacher really stood out.”

Once the work was finished, parents were generally disappointed teachers provided no, or limited, feedback. One parent described the teacher’s use of emojis and like buttons as “Facebooking my daughter’s learning”.

Some parents interpreted this type of feedback as devaluing the efforts of parents and children. One parent of a Year 1 child said:

If they do want us to communicate in a platform, then at least give us the respect of replying with decent replies rather than a thumbs up.

Another parent expressed frustration with the lack of feedback:

One parent felt her Year 3 daughter “wasn’t that interested in some of the activities – she was not being challenged — it was boring”. So the mother “created resources that suited my child better, based on what the teacher provided”.

There were some positives

In the survey, 80% of parents and carers agreed: “The experience of home learning has helped me to understand how my child learns”.

I got to know them a bit better as people, which is nice.

Being able to teach my kids allowed me to be closer to them and engage in their learning world.

Other parents saw their children develop in confidence and become more autonomous with their learning.

A parent of  Year 1 child told us:

She can now take photos on my phone, Bluetooth it to the laptop, find it on the laptop and put it on Seesaw. I don’t think I could do that until I was 30 so the IT skills are great.

But that same parent was also generally concerned about the quantity of screen time required in remote learning, especially for a six year old.

Here’s what would help

We asked what would help to support parents and carers, and their children, learning from home. The overwhelming response was to increase opportunities for children to connect with their teachers and peers.

Parents appreciated regular class catch ups online, when these were held. One parent told us their child’s school held a “class meet” every morning, and individual Zoom sessions were scheduled for children who needed additional support.

One parent highlighted: “communication has to be paramount and it’s got to be regular”.

In general, parents held the view connecting was more important than a focus on curriculum. This can be summed up by this parent’s comment:

Instead of trying to do maths tests in a Zoom session, or quizzes or finding out whether they’re reaching their reading levels, just have a conversation with them about something that’s important to them. That’s just as important I think, forget all those other activities to show you’re doing lots of work. 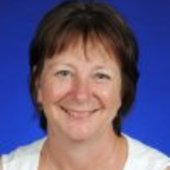 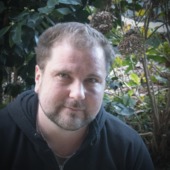 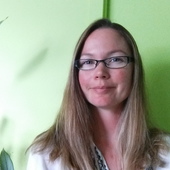 Lecturer in Curriculum and Pedagogy (Equity and Diversity), University of Tasmania

World Aids day in the time of Covid-19  – Bukipress

South Africa is running out of time – Bukipress