The government needs to work with existing movements and local communities to change national building regulations to facilitate the construction of well-built and climate-resilient dwellings that cut carbon emissions by using natural materials and traditional methods.

We are not having the conversation we should be having about traditional building methods in South Africa and the dangers of relying squarely on concrete as a building material. A 2017 UN Environment report showed that building and construction account for 39% of energy-related carbon emissions in the world. If we are serious about reducing carbon emissions, we need to change the way we build.

Continuing along our path constitutes a threat to our future as climate shocks increase and the global ecological crisis deepens. Construction, in particular, has escaped popular criticism for its contribution to climate change. At the same time, knowledge of indigenous building methods that avoid the use of carbon materials while providing access to housing and shelter, has been forgotten or been ignored. But it is simply unsustainable to continue on the path of carbon building.

The alternative, ironically, is a pre-existing way of life which we urgently need to transition to.

In South Africa, only 898,000 households out of approximately 16 million live in what are considered traditional structures made from traditional materials. A 2012 Stellenbosch University study explained that this low number is the result of institutional limitations.

To receive approval to use traditional materials, a request by an engineer must be lodged with an accreditation body, which confirms the fitness-for-purpose of the structure. This arduous process can cost up to R300,000 and take between three months and three years to complete.

As a consequence, traditional structures are rarely built in regulated urban areas due to the high costs and delays associated with accreditation. This bubbles into a culture of brick-and-cement building, where people in urban areas associate proper structures with these materials.

This is also true for the way university students of architecture and engineering are taught about building. University courses are structured around prevailing building standards. This creates a cycle where engineers and architects have little interest in developing traditional structures, and systems of education have little interest in teaching students about traditional structures.

Clearly then, housing in urban areas will reflect the predominant standard of carbon-based building.

Underlying this crisis is a lack of trust in traditional building methods and the capacities of people to build. The assumption is that an unregulated environment will allow the building of structures that are not fit for purpose. However, it is in the interest of the government to ensure that the safety of these structures does not require an arduous accreditation system which prevents them being built at all.

The US department of energy produced a Green Building Codes document detailing ways to create regulatory standards for green building programmes, including materials, resource conservation and water use. It was able to produce these building codes by working with the Southwest Energy Efficiency Project (SWEEP), a public interest organisation advocating energy-efficient public policy.

The South African government, too, can create clear regulations for traditional materials, while learning from existing structures and methods. This would eliminate the barriers to traditional building, encourage engineers and architects to build using these methods and teach university students about this form of indigenous knowledge. To achieve this, the government needs to reach out to local policy and advocacy organisations to help develop a less daunting framework for the regulation of traditional structures.

One such organisation is Qala Phelang Tala in the Free State. It trains activists in traditional building methods, replaces shacks in informal settlements and was part of a group of natural builders that travelled to Nhanhemba, Mozambique, in June 2019 to build climate-resistant housing after Cyclone Idai destroyed homes in the village in March that year.

This organisation has already partnered with the University of the Free State and the University of Hasselt in Belgium to train South African architectural students and an assortment of Belgian students in traditional building methods, while also constructing units for beneficiaries in informal settlements.

They have created a natural building methodology that includes the use of waste materials, such as tyres and glass, to build structures and reduce waste. This approach diverts from carbon-based building while addressing the additional ecological issues of human waste and climate shocks.

Coupled with this organisation, an association of human settlements students at the University of the Free State is fighting for a national platform for university students across the country to communicate and develop natural building methods, which could assist in developing a framework for regulation.

Working together with organisations will also improve the standard of housing. South Africa’s government-provided, reconstruction and development (RDP) housing is notoriously structurally inadequate. Some 10% of people living in RDP houses state that the walls are weak and roofs are leaky.

This is not true only for South Africa. In New Zealand, an estimated 42,000 homes were constructed in the 1990s with potential weathertightness failures, leading to leaky homes.

If the primary concern is to build suitable housing, then collaborating with traditional builders is essential. Even more developed economies can be prone to error when attempting to develop low-cost public housing.

Public perceptions about traditional buildings may lean towards thinking this method is not suitable, but South Africa has a strong history of building settlements with cob (adobe) mixtures, which combine various earth and organic materials such as clay, manure and straw.

Away from carbon-based building

Restoring this indigenous way of life is a sustainable route away from carbon-based building. This requires the government to work with existing movements and local communities to change national building regulations and construct houses. This will also change the way in which the government builds the houses it provides people.

After all, the Urban Settlements Development Grant has been responsible for the building of 3,3 million homes between 1994 and 2018. For most South Africans, the government is the only accessible supplier of formal housing. It should be capable of using traditional methods.

South Africa is among the most progressive countries with regard to housing rights. The right of “everyone to have access to adequate housing” is guaranteed by Section 26 of the Constitution. This right is also recognised globally in the Universal Declaration of Human Rights and the International Covenant on Economic, Social and Cultural Rights.

Despite this, 13,6% of South African households are based in informal dwellings consisting of makeshift structures not erected according to approved architectural plans.

Anyone concerned about the safety of housing structures should be worried that 2.2 million households find themselves in inadequate structures. In December 2019, Cape Town registered 180 shack fires, killing 24 people.

The prevalence of informal structures, such as shacks, is a result of inadequate provision of housing. Traditional building methods are a stronger alternative to these informal settlements, they alleviate the lack of structural safety and they also provide climate-resistant shelter.

The Climate Justice Charter is an ambitious plan to transition South Africa from carbon-based economic activity. It includes a call for eco-social housing, which retrofits existing homes to be more prepared for heat and weather extremes. The charter also rejects the use of cement in building, opting for new homes designed to be part of eco-communities, using natural materials and considering the needs of local communities for food, water, biodiversity, child-rearing and culture. 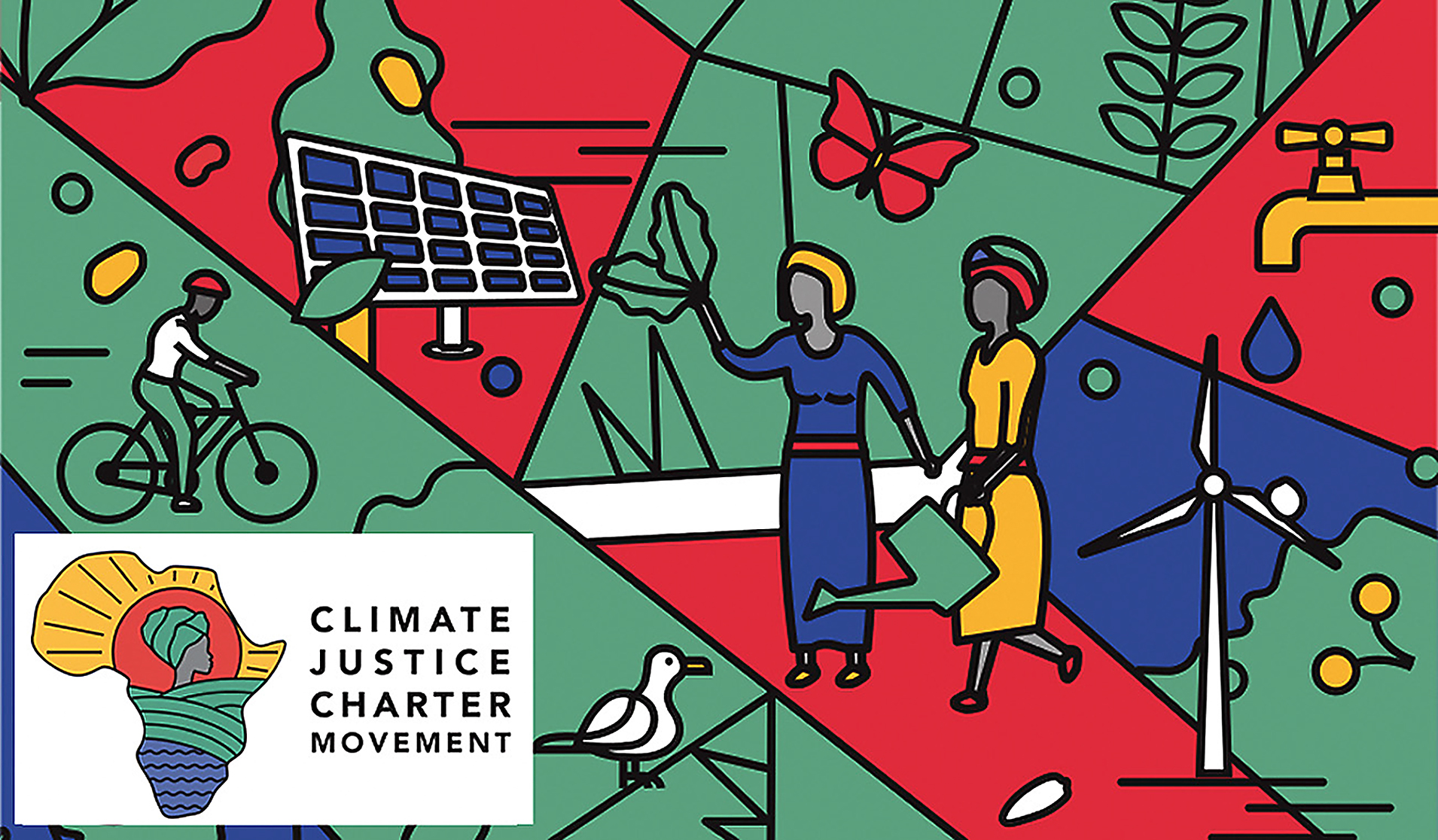 The starting point to that transition is the national building regulations.

Already there are community activists, researchers and organisations capable of creating a new standard for traditional homes. Communities in informal settlements who have taken building homes into their own hands can be empowered to build more resilient homes, while cities can cease their reliance on carbon building and thereby their contribution to the ecological crisis.

All we need from our government is a commitment to bring all these parties together to start plotting new ways to build. DM/MC

Tshiamo Malatji is an organiser in Bloemfontein who focuses on climate change, food sovereignty and post-natural building as modes of responding to ecological crises.