The Champions League clash takes place on December 2 – the day when footy fans are allowed to return to stadiums for the first time since March.

But turnstiles reopening will depend what tier the region is in given the latest coronavirus rates.

Manchester was in the top tier 3 before England’s national lockdown and mayor Andy Burnham thinks that’s likely to be the case again from next week.

The new tiers are expected to be announced by the government today – with 4,000 fans allowed in tier one areas, 2,000 in tier two regions and zero in tier three.

“That said I think it’s more likely than not that the government will put us in Tier 3 given the statements that ministers have made about the majority of (regions) being disappointed and practically nobody being in Tier 1.

“I think they’re giving a quite clear street that they’re going to err on the side of caution.

“But if (the drop in infection rates) continue in this direction at the rate at which we’re seeing, I would want to ask the government for a serious review of Greater Manchester’s position.”

Manchester reported some of the highest Covid rates in the country. 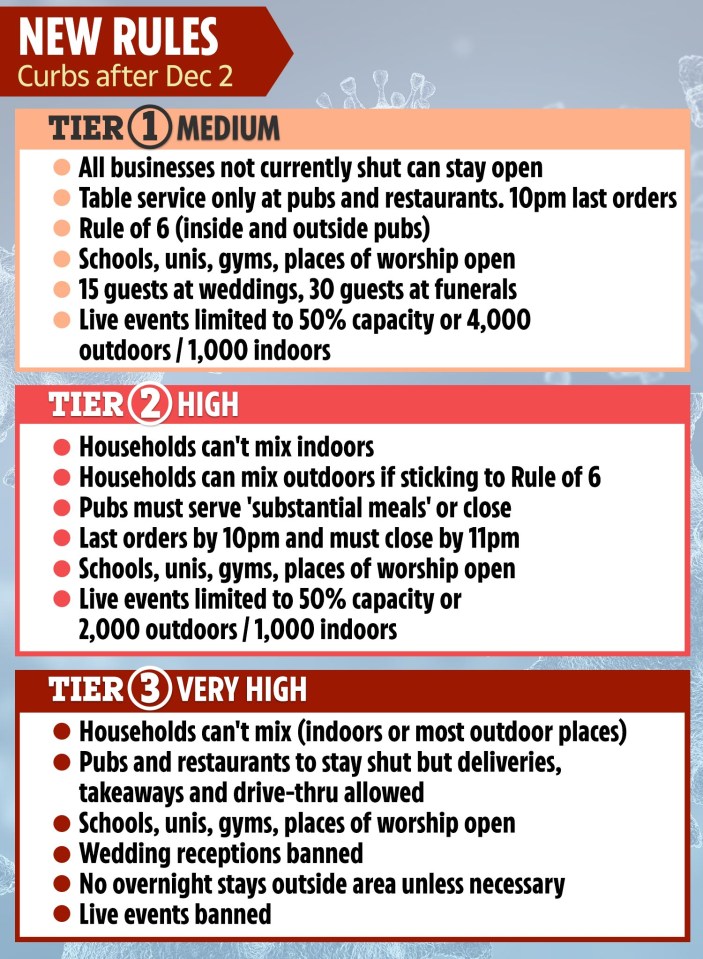 A Manchester United spokesperson said: “We welcome today’s announcement from the Government and we reiterate that we are ready to welcome fans back to Old Trafford as soon as it is safe to do so.

“We will now work through the detail of the plan with the relevant authorities and await the announcement on the local restriction levels.”

Manchester United need just a point from their last two games to reach the knockout stages.

Ole Gunnar Solskjaer’s men thrashed Istanbul Basaksehir 4-1 on Tuesday and have PSG at home and Leipzig away to finish their group stage.

Chief operating officer Collette Roche said: “We spent around two months working with the government guidelines to develop the right processes and measures.

“That’s to make sure we can have around 23,500 people in the stadium safely at social distancing. 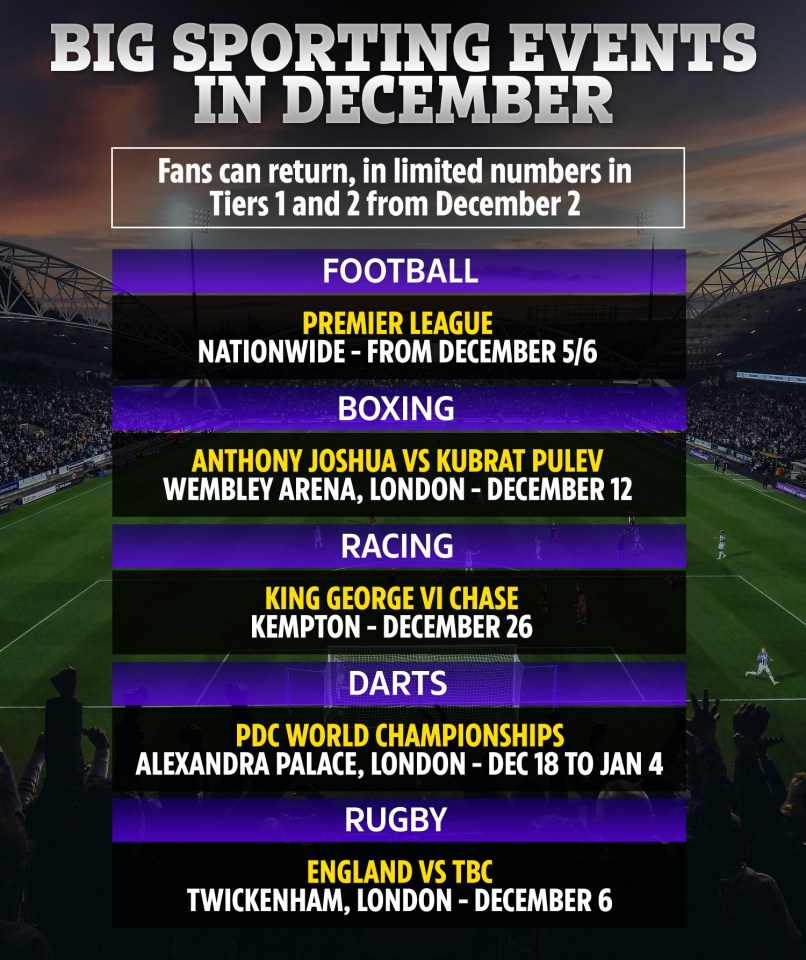 “I guess sometimes it’s quite amusing to understand why people can gather in other settings such as in an aeroplane, restaurant or even in a cinema.

“But we know we’ve got the plans and the processes ready to deliver match day here safely.”

Solskjaer said: “We’ve had four home games in the league. The first one we didn’t have any preparation and Palace deserved it.

Most read in Champions League

“Then Anthony Martial did not deserve to be sent off against Tottenham but, after he was, they deserved the win.

“Then both the Chelsea and Arsenal games were very tight and if we had our fans they might have sparked that little extra X-Factor we needed.

“It’s a different sensation playing in front of the Stretford End without fans, they usually score a goal for us.”