News Asylum-seeker pupil who joined school as 15-year-old but ‘is...
News

A SCHOOL pupil who joined a Coventry school claiming to be a 15-year-old boy as parents feared he ‘looked like a 40-year-old’ is no longer attending classes.

Parents at the school in Coventry raised concerns after the asylum-seeker student – who appeared to be a balding, adult male – joined the school in October.

The Home Office launched an ‘urgent investigation’ into the matter, despite school bosses reassuring parents that proper checks had been carried out.

The pupil is said to have not returned to classes after October half-term, but the Home Office and council chiefs are refusing to comment.

One parent said: “The general feeling among parents is that they are bemused and untrusting.

“Parents have been told that sharing images of children is wrong and is a form of bullying, they’ve not been told what action was taken.”

Photos of the student, an asylum seeker understood to be from Gambia, West Africa, were posted on Facebook after one schoolgirl shared the images in a private Snapchat questioning his age.

The girl’s mum said she was then called into school to discuss the issue with teachers and that they were concerned sharing photos of the new classmate amounted to bullying.

She said: “I said, ‘You can’t really blame the children [for talking about it] – he looks about 40’.

“They sort of nodded and said, ‘Yes – we did have concerns but we’ve been told that he is in fact Year 11 age’.”

Coventry City Council was forced to send a letter to parents after the pupil took his place in classes.

When pupils arrive in England and present an application for a school place, we – local authorities and schools – are obliged to process these applications.

“If there are concerns or doubts regarding a pupil’s age at the time of application, schools and local authorities are able to ask for further evidence in the form of birth certificates and passports.

“However, please note, on some rare occasions if pupils arrive as asylum seekers and alone, i.e. without parents, these may not always be available.

“I am able to confirm [the school] follows all of these procedures and always seeks the city council’s support in such matters.

A school spokesperson later told The Sun they had been able to verify the student’s age – but couldn’t reveal how.


Sick child rapist collapses after being lashed 146 times with cane


Can President Donald Trump pardon himself?

It comes two years after a schoolboy in Ipswich, who said he was 15 but was accused by classmates of being a 30-year-old man, was found to be an adult.

The Home Office and Coventry City Council have both been contacted for comment. 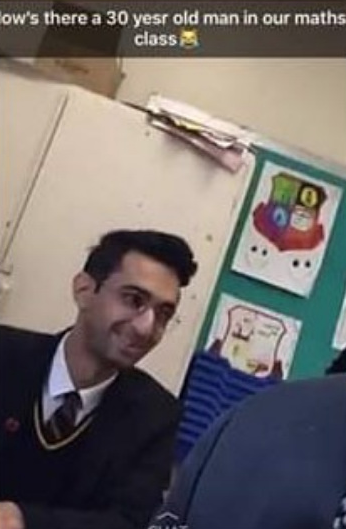