WHEN it comes to tantrums, the rich and famous certainly know how to let rip. Furious Tom Cruise this week screamed at crew on the set of Mission: Impossible 7 for breaking Covid rules by standing too close together.

A leaked audio tape from filming at Warner Bros Studios in Leavesden, Herts, captured his rant, in which he yelled: “We’re not shutting this f***ing movie down. Is it understood? If I see it again, you’re f***ing gone.”

Here, we look at other big celebrity meltdowns in our collection of Strop Trumps of the showbiz world.

THE Queen of Pop put the “madame” into her Madame X show at the London Palladium in February when she accused the venue of “censorship”.

After the 62-year-old went past the theatre’s curfew, the curtain began to drop and the sound was cut.

But Madge pushed through the curtain to perform a finale with her backing dancers.

She posted a video of the gig to Instagram, in which she can be heard shouting: “F*** you, motherf***ers. Censorship. Motherf***ing censorship. Artists are here to disturb the peace. F*** you.” 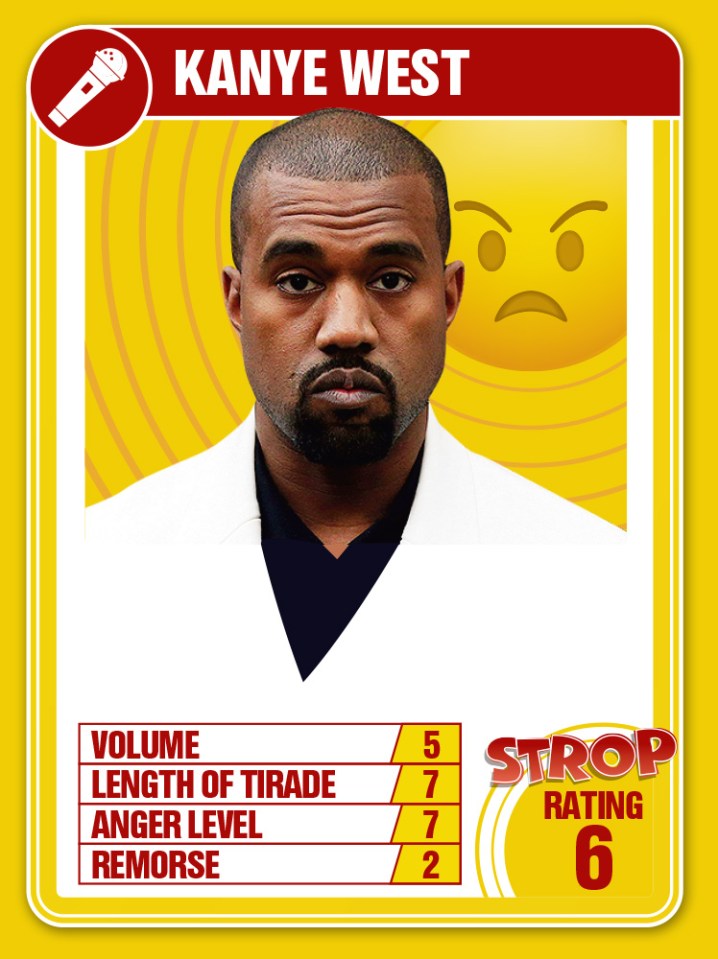 LEAKED audio captured rapper Kanye having a backstage tantrum after production staff took away a shiny floor covering for his set while filming Saturday Night Live in 2016.

He bizarrely went on to claim he was 50 per cent more influential than director Stanley Kubrick, drug lord Pablo Escobar and St Paul.

Soon after the clip was leaked, Kanye tweeted that his “number one enemy” is his ego. 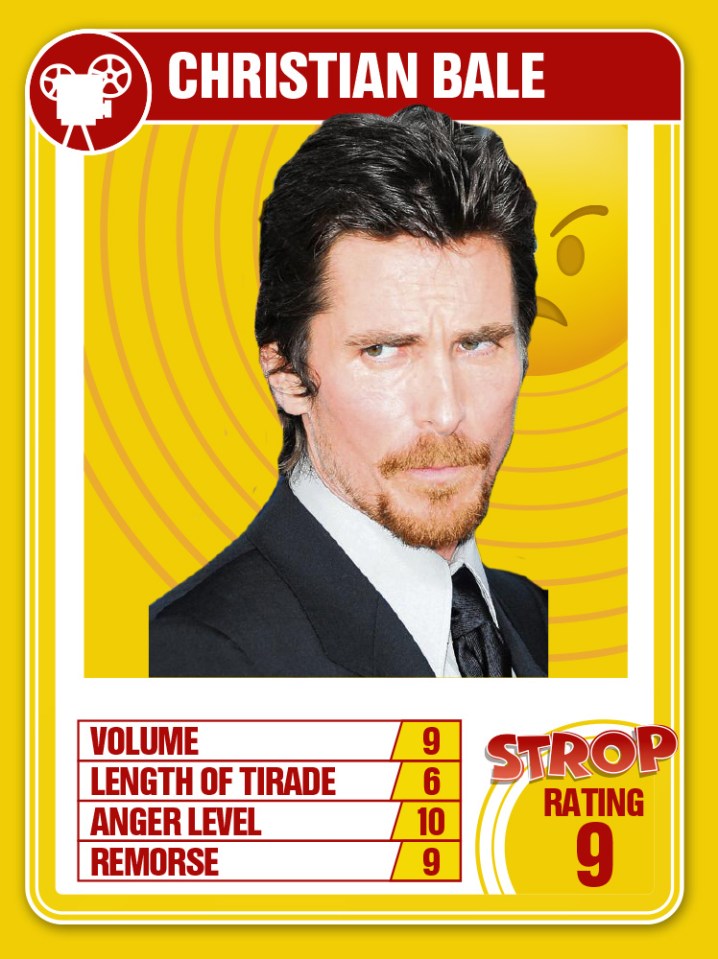 THE American Psycho star almost lived up to that billing in 2009 when gossip site TMZ leaked an audio clip of him lashing out after a member of the lighting crew reportedly got in the way of a shot while he was filming Terminator Salvation.

“Think for one f***ing second. What the f*** are you doing? Are you professional or not?”

He later apologised for the outburst, saying: “I was out of order, beyond belief. I make no excuses for it.” 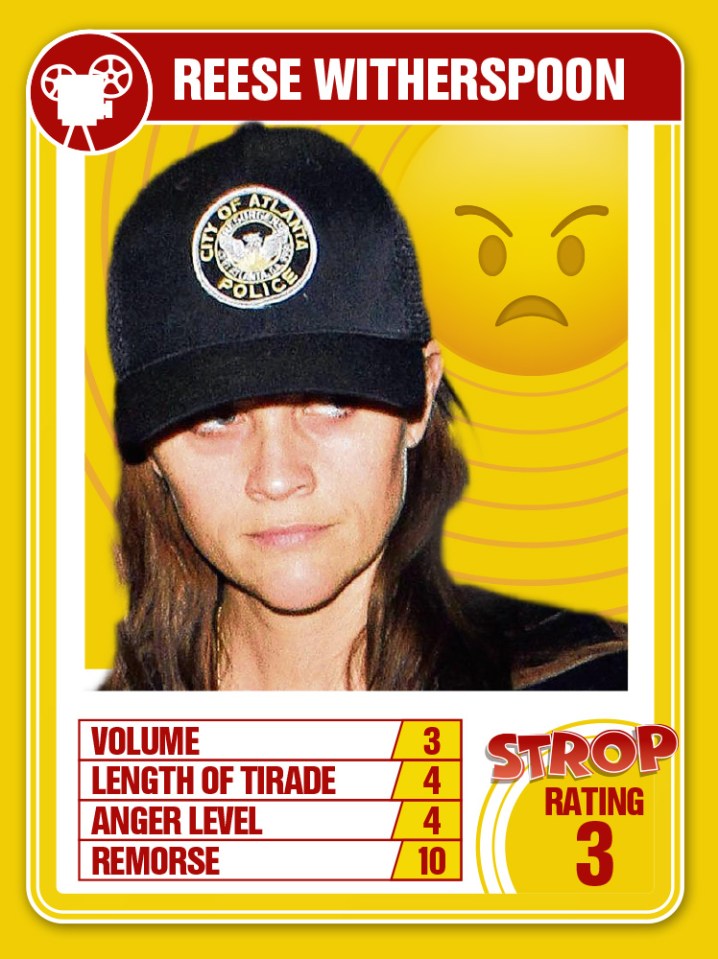 BIG Little Lies actress Reese was caught on a police dash camera arguing with two officers after husband Jim Toth was stopped on suspicion of drink- driving in Atlanta, Georgia, in 2013.

One of the officers is seen holding Reese’s arms behind her back and handcuffing her as she asks: “Do you know my name, sir? You don’t need to know my name? You’re about to find out who I am.”

The 44-year-old Oscar-winner later released a statement saying: “I clearly had one drink too many and I am deeply embarrassed about the things I said.

“It was definitely a scary situation and I was frightened for my husband, but that is no excuse.” 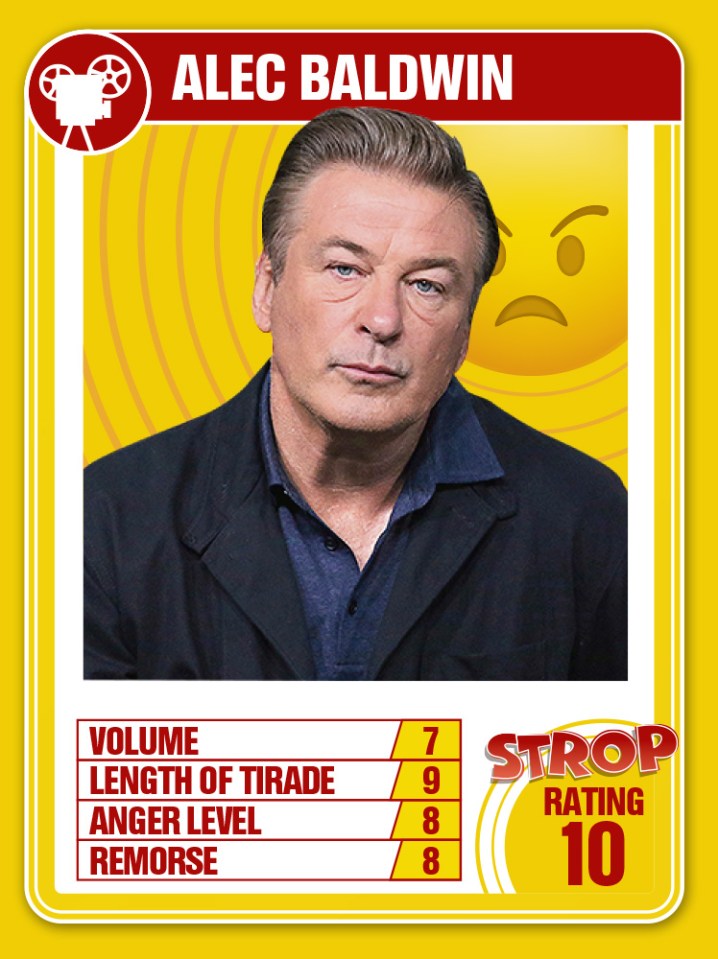 CELEBRATED for his President Trump impressions, the 62-year-old actor will also be remembered for the vicious voicemail he left his 11-year-old daughter Ireland in 2007, when he called her a, “rude, thoughtless little pig”.

When Ireland, now 25, didn’t answer the call while staying with her mum in New York, Alec ranted: “You don’t have the brains or the decency as a human being. I don’t give a damn that you’re 12 . . . that you’re a child or that your mother is a thoughtless pain in the ass . . . ”

He later blamed the stress of the custody battle with ex Kim Basinger, 67. 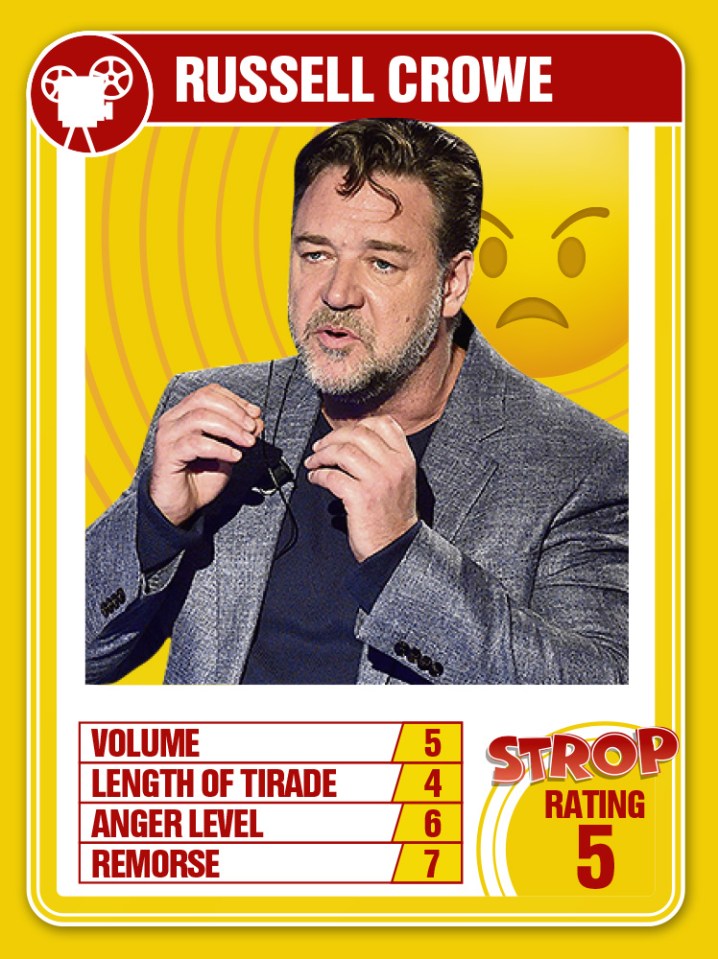 WHEN his Bafta Best Actor speech for the film A Beautiful Mind was edited and cut short by the BBC in 2002, Crowe launched into a tirade against TV producer Malcolm Gerrie, declaring he would “never work in Hollywood”.

Russell, 56, initially refused to apologise, saying: “He’s not battered, he’s not bruised and he’s not bloodied. His ears will be ringing, though. I have no regrets about what I said to him.”

Russell later phoned Gerrie to apologise and spoke to his 12-year-old son, who had been upset at getting stick over the incident at school. 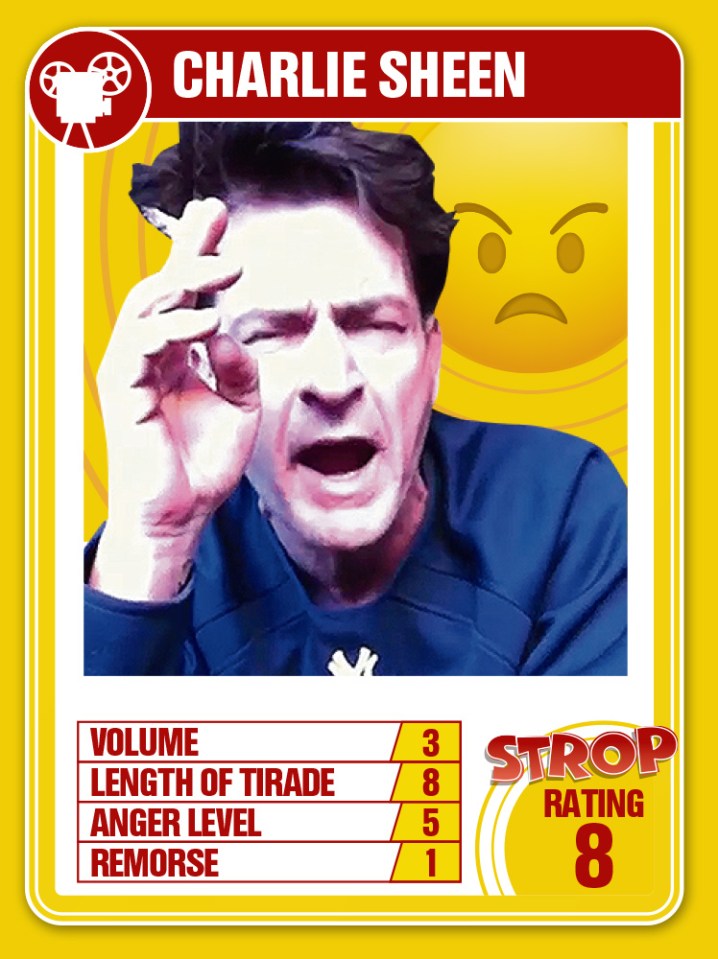 BEING TV’s then highest-paid actor did not stop Sheen attacking Chuck Lorre, the creator of his hit sitcom Two And A Half Men, in a very public way.

Using Chuck’s Hebrew name, he said in a 2011 radio interview: “Last I checked, Chaim, I spent, I think, close to the last decade, I don’t know, effortlessly and magically converting your tin cans into pure gold.”

He also called Lorre a “stupid, stupid little man” and a “piece of s**t”.

In 2017, he was attacking Lorre again, saying the producer could “suck my butt”.

Most read in Celebrity 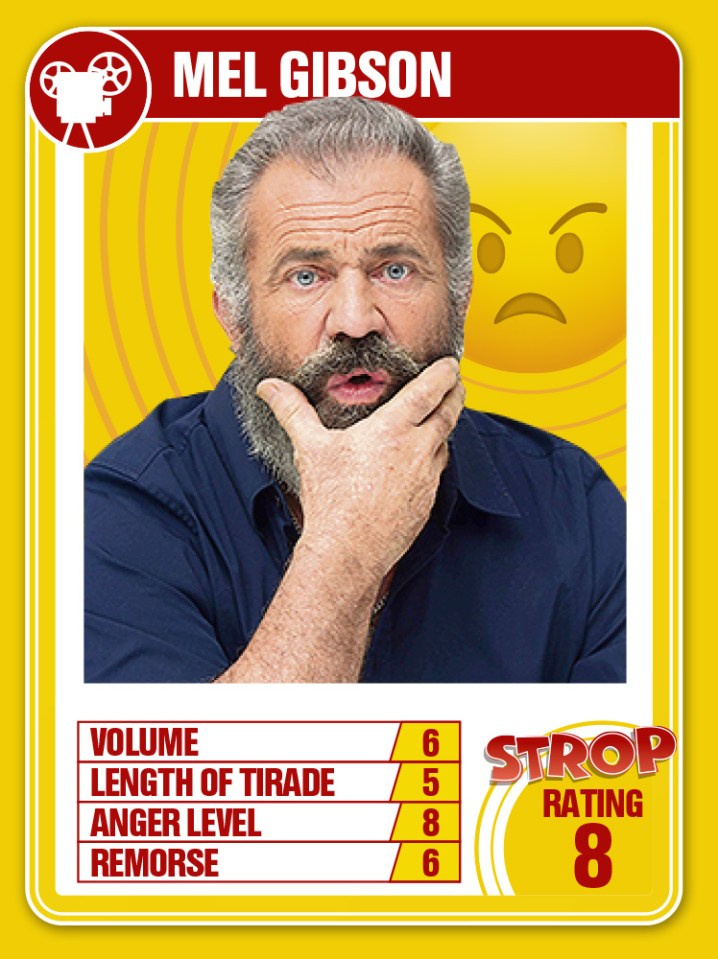 IN 2010, the Braveheart actor was taped seemingly unleashing a tirade of abuse at then girlfriend Oksana Grigorieva.

He can be heard calling her a “F***ing pig in heat” and shouting that it would be her fault if she got raped because she dressed so “provocatively, with your fake boobs”.

Mel, 64, later expressed “regret” and said he felt it was a “personal betrayal” that he had been taped.

He said: “You have to put it in the context of being in an irrationally heated discussion at the height of a breakdown, trying to get out of a really unhealthy relationship.”

BORIS Johnson stands on the cusp of another critical...
Read more
ENTERTAINMENT