THOMAS TUCHEL is already eyeing a return to the dugout after being sacked by Paris Saint-Germain – with Chelsea reportedly on his radar.

The Ligue 1 champions dismissed Tuchel, 47, on Christmas Eve after a relatively poor start to the defence of their crown.

Mauricio Pochettino is set to take the PSG job in the coming days after a £5.4million pay-off for their former manager.

According to Bild, the German does not want to take a break from the game, having done so after stints at Mainz and Borussia Dortmund came to an end.

A move to England and the Premier League is said to be high on his list of priorities.

This season has seen a surprisingly low number of managerial sackings with only Slaven Bilic losing his job at West Brom.

And Tuchel reportedly fancies a move to Chelsea, were that position to become available.

It is claimed that Roman Abramovich discussed offering him the job ahead of Antonio Conte’s exit at the end of the 2017-18 season.

The Blues’ trio of Germans, all of whom are currently misfiring, is described as a point of interest to the Bavarian boss.

Timo Werner and Kai Havertz have failed to regularly star since moving to West London in the summer with Antonio Rudiger currently out of the team. 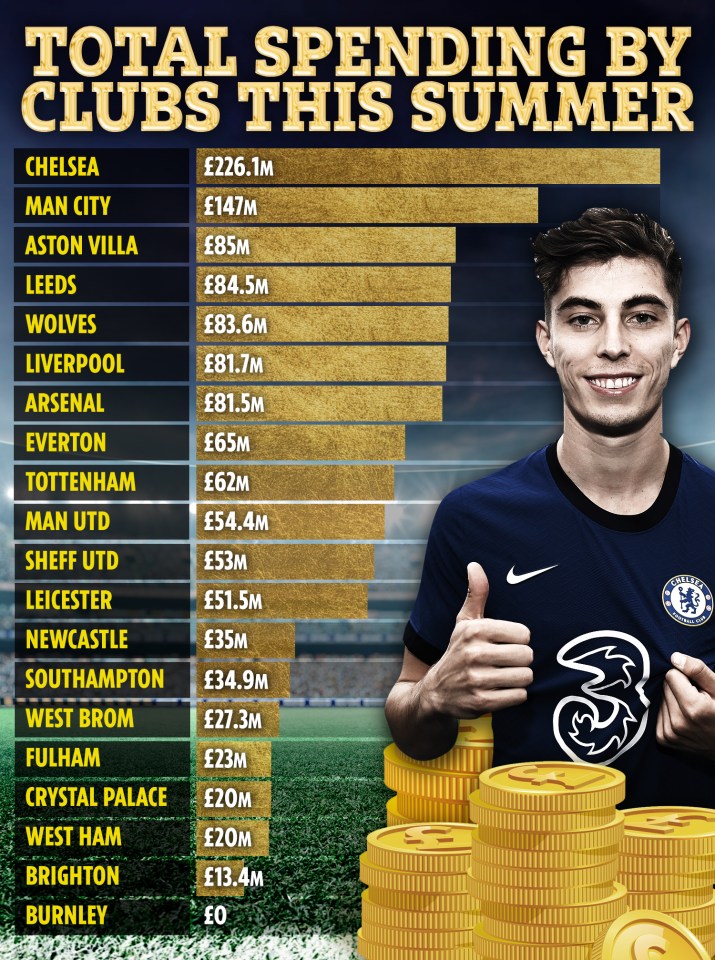 Any notion of Chelsea sacking Frank Lampard is, however, premature.

The former midfielder led his youthful side to the FA Cup final and a top-four finish last season.

Ahead of Monday’s clash with Aston Villa, they sit eighth in the table but only four points behind Everton in second.

Having spent big in the summer, and with those new signings yet to fully take off, the upcoming clashes with Villa, Manchester City and Leicester could go a long way to deciding Chelsea’s season.

The 3-1 defeat to Arsenal last time out raised further questions about the squad’s abilities.

BBC pundit Alan Shearer told Match of the Day: “When you look at some of the players on show in the attacking third, then this could be a worry for Frank.


Arsenal transfer news LIVE: Follow all the latest from the Emirates

“Werner, who was dragged at half time, didn’t offer anything in that first half, got into one or two decent positions.”

While former Blues forward Tony Cascarino feels the result switched the pressure off Mikel Arteta – and onto Lampard.

He told talkSPORT: “Frank has got a real problem at the football club.

“I’m not convinced by the people that say Arteta is seriously under pressure; I think Frank is under every bit as much, and even more, pressure.”