At first glance, the beginning of 2021 looks like a repeat of 2020. Over a three-day period beginning on January 2, 19 symptomatic and 40 asymptomatic cases of COVID-19 were confirmed in Shijiazhuang, thrusting the normally inconspicuous capital city of Hebei Province into the national spotlight. On January 4, the city entered a “state of war,” and a day later, the provincial government declared that the “entire province was immediately entering a state of war.” It seemed that Hebei had suddenly become the Hubei of one year ago.

It’s been tumultuous times since. Sometimes it feels like a repeat of last year’s Hubei, and other times it feels even worse. On January 9, all Shijiazhuang public bus and taxi services were suspended, forcing medical and security personnel to drive or e-bike themselves to work. Those without a car were left with no option but to walk, a proposition made worse by the cold weather this time of year. These developments are once again coinciding with winter break, complicating college students’ trips home for the holiday. Those returning to Shijiazhuang are finding they “made it to the doorstep but cannot enter,” some spending 2,000 yuan over a nine-day period—some returning students have reportedly walked 20 kilometers [over 12 miles] to get back home.

Village residents who tested positive for COVID-19 were swiftly moved to quarantine facilities, but apparently their accommodations were not ready for them. In some cases, patients arrived only to find the accommodations were already full. Many were left exhausted. Strict disinfection protocols were implemented in these villages, and residents taken away to quarantine were unable to bring any pets or livestock. Many of these animals were unfortunately unable to survive unattended over the ten-plus-day disinfection period.

Lockdown decisions were made just like that—one word, and cities were closed off. Residents were left no time to buy supplies, and those sheltering at home faced the challenges of basic survival. Those in charge offered no guidance on how to deal with the food issue caused by the lockdown. Because anyone entering the city had to have a negative nucleotide test, the trucks that normally deliver the city’s food supply were suddenly denied entry. Even volunteers like those who helped last year in Wuhan weren’t allowed in, because many of them hadn’t gotten the results of their nucleotide tests.

There’s also another reason for the soaring anxiety in the region: the principle of “protecting the capital.” Because Beijing is essentially surrounded on all sides by Hebei, [the town of] Langfang, near the border of Beijing, was placed under complete administrative lockdown on January 12, even though there was only one mid-level risk area in the city (a neighborhood in Gu’an County). The goal was clear: to create a firewall around Beijing, ensuring the capital was insulated from the pandemic.

The fact is, the shutdown of Wuhan last year wasn’t solely for the benefit of Wuhan residents—it is often thought of as a kind of sacrifice for the rest of China. In fighting the pandemic “at all costs,” the people of Wuhan were the “cost.” However, Hebei’ers’ “big-picture awareness” is different this time. They know their sacrifice isn’t for themselves, but for others—that is, for the capital.

On January 14, fencing was installed along the Chaobai River in the town of Yanjiao, Hebei. The river divides Yanjiao from Beijing. Tents were set up at the southern end of Friendship Bridge, and security personnel now guard the bridge 24 hours a day.

All this was to “prevent the risk associated with passage [across the bridge].” But the real reason is this: There are over 300,000 people living in Yanjiao, and ever since the pandemic began, their trips to work have become exceptionally difficult. A one-hour commute has turned into a three-hour commute. Some people even thought about “slipping through the border” to Beijing by crossing over the frozen river.

Some have joked that as soon as the pandemic hit, Beijing turned into West Berlin. Others have parodied Trump: “Build the wall! Paid by the Hebeier, and make Beijing great again [sic]!”

Yanjiao is known as “Hebei’s No. 1 Town.” It is part of a larger county-level city called Sanhe, one of the three counties that comprise the “Northern Three Counties” of Langfang Prefecture, an exclave of Hebei separated from the rest of the province by Beijing and Tianjin municipalities. Ordinarily, as long as there aren’t any cases of the virus in the area, this area should be considered even lower-risk than Beijing, because you would have to first pass through Beijing or Tianjin in order to enter Yanjiao by foot. But this matters not, as Yanjiao is still part of “Hebei.”

This “one size fits all” approach isn’t the only issue. The situation also demonstrates a certain way of thinking in Chinese society: Judgments are based not on the behavior of the individual, but rather on the group to which that individual belongs. Because of this way of thinking, no matter how one were to plead his or her innocence, it won’t make a difference, because you’re seen as a uniform unit of a homogenous larger whole—not as a unique individual.

Under the surface of this pandemic is the fear of “contamination.” Once “Hebei’ers” were determined to be a source of contamination, they all became suspect. Many would argue this is necessary to stop the spread of the virus, and there’s always going to be some people who need to make sacrifices. Drastic times require these kinds of drastic, one-size-fits-all measures to keep things from getting even worse.

But there’s an unavoidable problem with this: namely, the way these groups are defined is mostly arbitrary. If you do take such drastic measures, why is it that “Heibei’ers” are the problem? The infections were in Shijiazhuang, so why aren’t “Shijiazhuang residents” the scapegoat, or else the residents of those villages? And aren’t all of these people Chinese? So, shouldn’t we be suspicious of all Chinese people? Let’s take it to the extreme—aren’t all of these cases occurring among Earthlings?

Perhaps because I’m a father, to me, the saddest story I saw about the “provincial lockdown” was from a father. The man’s child fell critically ill—right on the night before the “state of war” began. As a result, Beijing Children’s Hospital would simply not let them in. “Whatever health report didn’t matter, being from a low risk region didn’t matter—as long as you were from Hebei, Beijing Children’s Hospital wouldn’t take you, no exceptions!”

He struggled to stay calm: “We Hebei’ers have shut down so much of our energy-intensive industry for the good of everyone’s air quality. Our GDP has fallen from the top ten to 13th. Hebei’ers make great sacrifices for the good of the capital—that is plain for all to see. Now with the pandemic, why is Beijing treating us like this?” 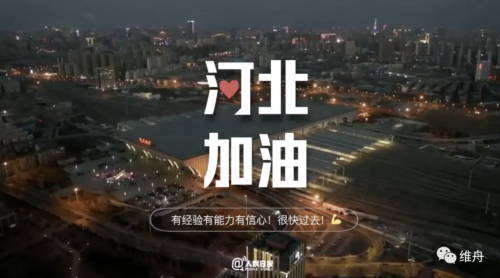 The sacrifice of which he speaks is a “conditional sacrifice,” in that he believes Hebei’s “sacrifice” should be repaid with better treatment. But in reality, their sacrifice is not conditional. Under a system of moral absolutism, only total, selfless sacrifice is worthy of praise—and it can’t be exchanged for anything.

Absolute loyalty is unconditional. “If the king wants the minister to die, the minister must die,” as the saying goes. Absolute filial piety—children completely filial to their parents no matter how their parents treat them—is the same way. There’s an implied mutual benefit: “I am good to my parents, and so they should also be good to me,” but this inherently contradicts the hierarchical system.

In his book “Propaganda: Ideas, Discourse and its Legitimization” [宣传：观念、话语及其正当化], Liu Hailong writes, “Utopia has a special admiration for order, and it regards ‘filth’ and uncertainty as crisis.” COVID-19 is precisely this kind of crisis: it at once is the source of an enormous amount of uncertainty, and also inspires fear of “filth” (contamination). In order to reestablish order, the Chinese people are willing to “pay whatever price it takes.” It’s just a matter of who ends up paying. Often, it is society’s weakest or those who self-sacrifice, willingly or unwillingly.

For this reason, some people say “Hebei Strong” from a place of sincerity (especially Wuhanese, who went through similar pain). But other times, the admiration Chinese people have for dedication and sacrifice reminds me of what archeologist Lothar von Falkenhausen said on the topic of Chinese cultural psychology. By the Warring States period, Chinese held a contradictory, complex dual mentality toward their ancestors: they were at once the object of great reverence, but also of fear. People came up with ways to separate themselves from their ancestors, providing tombs with the material pleasures of life so that they would stay in the underworld.

But up here in the land of the living, we’re all interconnected. It may seem at first glance that division helps protect us (at least some of us), but the truth is this: absolute security does not have a 360-degree view. There are holes in any division or hierarchy. It’s no coincidence that this outbreak in Hebei occurred in the countryside.

Some people say that “the virus can distinguish between city and countryside.” Rural villages are now the weak link in pandemic control efforts. At its root, this is a function of the separation of city and countryside. Perhaps some people think that since “resources are limited, we can only prioritize what’s important.” Indeed, it would be impossible to set up fortifications everywhere. But we must recognize that this is a trade-off. In the end, we are all in the same boat. [Chinese]

Translation: The Countryside Through a Daughter-in-law’s Eyes – Bukipress

CDT Censorship Digest, November 2020: Forced to Be a “Child of the Party” – Bukipress