COPS have warned lockdown partygoers they face £800 fines if they attend a house party as new regulations come into place tonight.

Anyone caught after 5pm today attending an illegal indoor party or rave of 15 people or more can now be fined £800, four times high than the previous penalty.

Priti Patel, right, goes out on a foot patrol with police recruits in Hertfordshire[/caption]

Commander Alex Murray, the Met’s lead for Covid-19 enforcement, said: “If you are planning on attending an illegal gathering, party or rave this weekend you are not only taking a very serious health risk but also a much bigger financial risk.

“I hope that these increased fines will discourage some of the events we’ve seen in recent weeks – events which are no doubt adding to the already huge pressure on our health services and potentially leading to avoidable deaths.”

Police will still issue fines for any illegal gathering of two or more people; these start at £200 for a first offence but rise to £10,000 fines for organisers of gatherings of over 30 people.

The latest figures published on Thursday show the total number of fines issued by the Met throughout the pandemic increased by nearly 80 per cent in just four weeks during December and January.

Commander Murray added: “We know there are some who continue to ignore the rules. The wider public who have done so much to keep the virus under control want to see us taking the enforcement action we have been.

“Our officers are moving much more quickly to issuing fines because there is simply no excuse for some of the blatant, dangerous and wilful breaches that have been taking place while our city is at such a critical point of this pandemic. That swift enforcement approach will continue.

“If you plan to party this weekend, be warned, it could be very costly – first to your health, but also your pocket.”

Home Secretary Priti Patel announced the new stricter measures last week as the government continues its battle to get the coronavirus under control.

She said at the time: “The science is clear – such irresponsible behaviour poses a significant threat to public health.

“Not just to those in attendance but also to police offices who shut them down.”

Police chief Martin Hewitt said those people organising parties were “selfishly putting lies at risk” and police would no longer “waste time trying to reason with them”.

Police issued more than £15,000 in fines after 300 Covidiots were caught at a rave in East London[/caption]

He said forces in England had issued 250 fixed penalty notices (FPNs) to people organising large gatherings between late August, when regulations were introduced, and 17 January.

One in Brick Lane, London, 40 people were cramped inside and were hostile to police when they tried to shut it down.

Three officers were injured and one even has to go to hopsital.

Another in Hertforshire saw nearly 150 gathering with music equipment and amplifiers too.

One cop in Bournemouth who attended an anti-lockdown protest had since had to go to hospital for Covid-19 treatment – laying bare the shocking risk frontline officers are dealing with.

Police also raided an illegal lockdown party which had around 200 attendees in the posh London area of Knightsbridge.

As police worked to disperse the crowds on the street surrounding the address – which is on a popular shopping area near the luxury department store Harrods – some of the attendees became hostile.


Dad, 50, denies murdering daughter, 17, then sending texts from her phone


Boy, 2, wows internet with bike stunts while most kids use training wheels

The R rate – which represents the number of people an infected person will pass Covid onto – is now between 0.7 and 1.1, Sage said today.

Since the Covid outbreak started 103,000 people have died from the virus with 3.7million cases of infection. 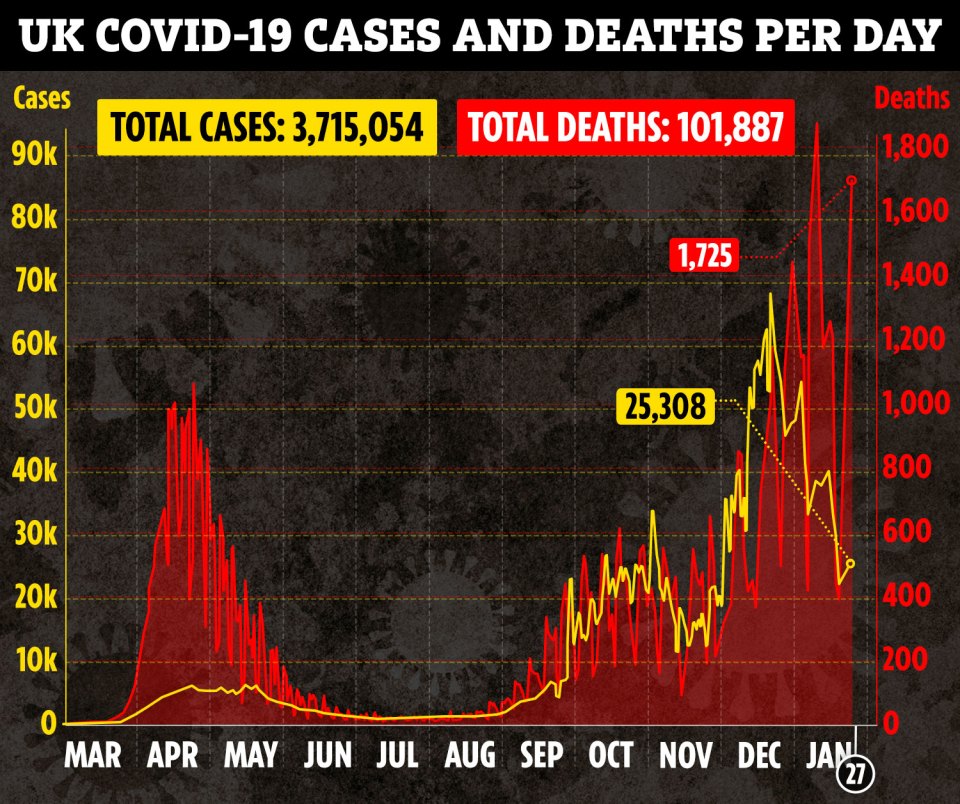 Share
Facebook
Twitter
Pinterest
WhatsApp
Previous articleArsenal kid Omari Hutchinson, 17, is an attacking midfielder compared to Raheem Sterling who got respect from David Luiz – Bukipress
Next articleBlur and Gorillaz frontman Damon Albarn given citizenship of ­Iceland as one of only 30 to get a passport – Bukipress