CASES of Covid-19 are still rising in five areas in England and this interactive maps reveals if your area is on the list.

Data from Public Health England (PHE) shows that cases have fallen in 98 per cent of areas as infection rates continue to drop.

Despite cases falling in most parts of the UK, tens of thousands of people have been urged to take “extra special precaution” after the South African Covid variant was detected in their area.

A door-to-door testing blitz on up to 350,000 people was launched yesterday in a number of postcodes to stop the spread of the more easily transmitted strain.

While some people were urged to go to pop-up tests centres that had been set up, teams of volunteers were also going door-to-door with swab kits.

Data from PHE shows that there are just five areas that have seen a rise in cases in the seven days up to January 29. 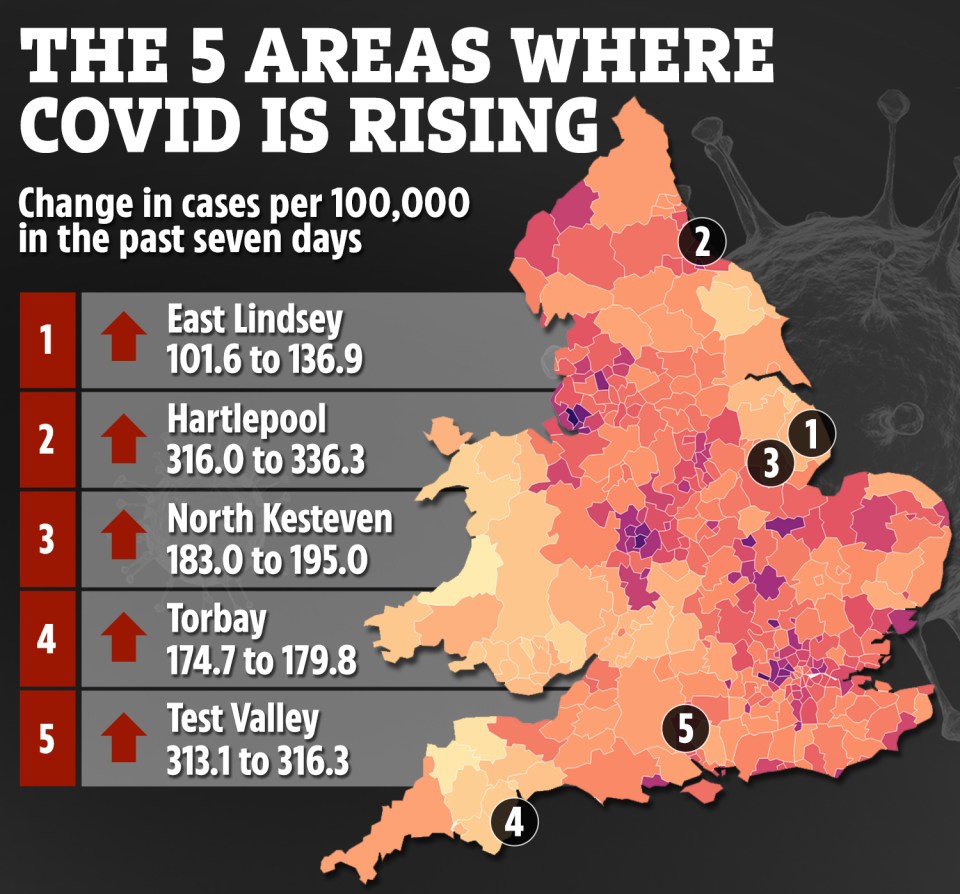 Infection rates have also risen in Hartlepool, in the North East with rates there increasing from 316.0 to 336.3.

Educational establishments in the area are said to be ramping up their testing capabilities.

Students in the area will be expected to take two lateral flow tests across a 3-5 day period.

Cases in North Kesteven in the East Midlands have also jumped from 183 to 195.

They will work to support and identify local businesses that are not following guidelines correctly. 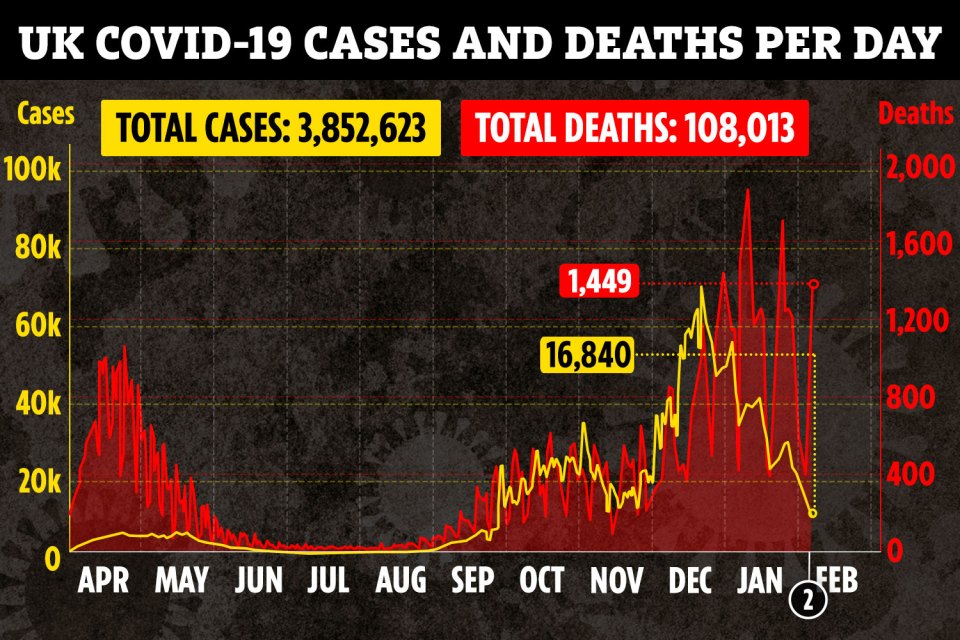 It was last week reported that three Torbay primary schools were dealing with Covid outbreaks after a large number of staff and pupils were struck down with the bug.

Test Valley in Hampshire has also seen a rise in infections levels with cases rising from 313.1 to 316.3.

While these are the five places where infection levels are rising, the most infected areas in the country have seen a fall in cases.

Knowsley in Merseyside continues to have the highest rate in England, with 834 new cases recorded in the seven days to January 29 – the equivalent of 552.8 cases per 100,000 people.

The increase in infections in some areas comes after it was revealed that cases of the South African strain had been identified in the UK.

Speaking at a press briefing at Downing Street this week, the Health Secretary said that 105 new cases of the South African variant were found in the UK, 11 of which had no links to international travel.

Mobile testing units and some home testing kits are being sent into eight postcode areas of London, the West Midlands, East of England, South East and the North West.

The rollout started yesterday and the aim is to identify infections before they spread across the local community.