Aug. 4 (BP) — The coral cover in the northern and central sections of the Great Barrier Reef is at its highest amount in at least 36 years, Australian marine scientists announced Thursday.

The Australian Institute of Marine Science said the section of the reef north of Cooktown increased from 27% cover in 2021 to 36% in 2022, while the central area increased from 26% to 33%. The government agency said it’s the highest amount of cover in those areas since it started tracking the reef’s size 36 years ago.

The coral cover in the southern region — which AIMS defined as between Proserpine to Gladstone — decreased from 38% in 2021 to 34%.

The Australian government and conservations have been particularly concerned about the health of the Great Barrier Reef, the world’s largest coral reef system.

Decades of mass coral bleaching and predation by crown-of-thorns starfish — which feed on coral — have caused large swaths of the system to die off.

Australia has spent billions to protect the reef and launched a plan to rehab environmental effects on the system by 2050.

AIMS CEO Paul Hardisty said the gains of cover and loss in other areas shows how dynamic the ecosystem of the Great Barrier Reef is.

“A third of the gain in coral cover we recorded in the south in 2020/21 was lost last year due to ongoing crown-of-thorns starfish outbreaks,” he said.

“This shows how vulnerable the Reef is to the continued acute and severe disturbances that are occurring more often, and are longer-lasting.”

Hardisty said the Great Barrier Reef underwent a bleaching event this year, the fourth in seven years and the first to take place during a La Niña event.

He said the scientists’ understanding of how the ecosystem responds to temperature stress and bleaching constantly evolves.

“In our 36 years of monitoring the condition of the Great Barrier Reef we have not seen bleaching events so close together,” he said.

“The 2020 and 2022 bleaching events, while extensive, didn’t reach the intensity of the 2016 and 2017 events and, as a result, we have seen less mortality. These latest results demonstrate the Reef can still recover in periods free of intense disturbances.”

“The increasing frequency of warming ocean temperatures and the extent of mass bleaching events highlights the critical threat climate change poses to all reefs, particularly while crown-of-thorns starfish outbreaks and tropical cyclones are also occurring. Future disturbance can reverse the observed recovery in a short amount of time,” he said.

Despite the ongoing threat to the Great Barrier Reef and lobbying by the Australian government, UNESCO declined last year to list the ecosystem as “endangered.” 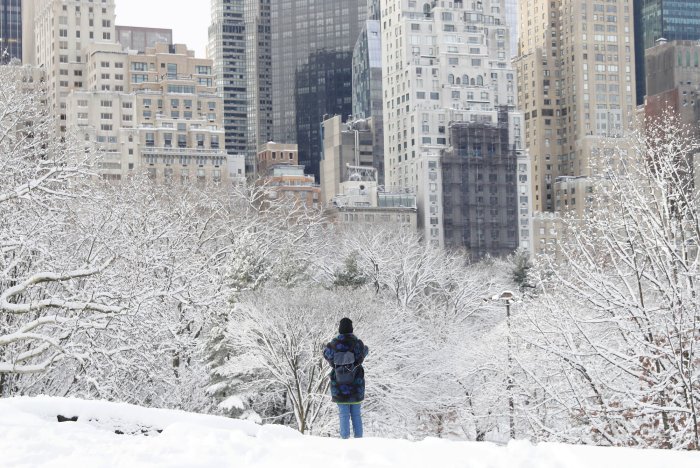 The Cincinnati Zoo said that Bibi the hippo has had a baby boy,...
Read more

Officials in Cuba on Sunday said that 122 people were injured, at least...
Read more