Secretary of State Anthony Blinken calls on U.N. to send Putin a message

“President Putin is making his choice. Now it’s up to all of our countries to make ours,” Blinken told the U.N. General Assembly.

Blinken’s speech at the U.N. came on the heels of news that Putin was ordering a “partial mobilization,” sending thousands of Russian reserve troops into action, as he tries to curtail military losses in Ukraine.

“The very international order that we have gathered here to uphold is being shredded before our eyes,” Blinken said on Thursday.

“We cannot, we will not allow President Putin to get away with it.”

“Any Russian weapons, including strategic nuclear weapons and weapons based on new principles,” could be used to defend new territory, Medvedev said in an interview.

The Kremlin is set to hold referendums soon over whether to join the country in Russian-backed regions of eastern Ukraine.

“This is a diabolical strategy, violently uprooting thousands of Ukrainians, bus in Russians to replace them, call a vote, manipulate the results to show near unanimous support for joining the Russian Federation. This is right out of the Crimea playbook,” Blinken told the U.N. Thursday.

“As with Crimea, it’s imperative that every member of this council, and for that matter, every member of the United Nations reject the sham referenda and unequivocally declare that all Ukrainian territory is and will remain part of Ukraine, and no Russian claim to annex territory can take away Ukraine’s right to defend its own land. 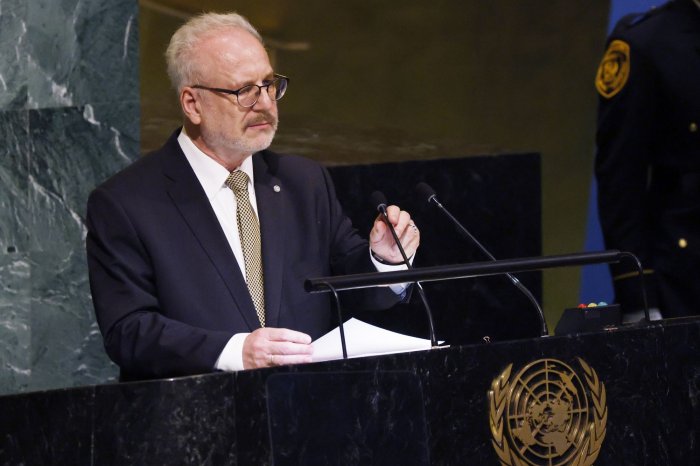 People visit the Vatican Museums as they reopened to the public after being...
Read more

Oct. 6 (BP) -- A young cow was caught on camera making a run for it after escaping...
Read more